What do you do with your free time after you’ve spent your life savings on plastic surgery to look like a famous celebrity? You form a supergroup with other über-fans who have spent thousands of dollars to look like other famous celebrities, of course.

Toby Sheldon, the Justin Bieber fan who underwent $100,000 worth of plastic surgery to look like his idol has teamed up with Kitty Jay, the woman who spent $25,000 on surgery to look like Jennifer Lawrence, and Venus D’Lite, the RuPaul’s Drag Race contestant who dropped some serious cash to morph into Madonna, to form an aptly-named group, the Plastics.

Their first release is a celebration of celebrity lookalikes that opens with a question: “Are you one of those boring people who don’t want to be beautiful?” The video features the trio extolling the virtues of their lifestyle choices and could easily double as a late-night cable ad for plastic surgeons everywhere. 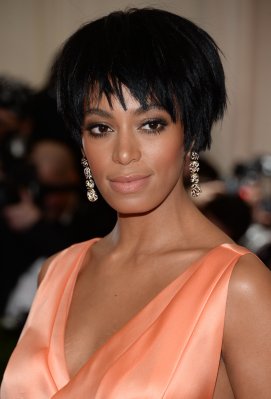 This Appears to Be the Only Photo of Beyoncé Left on Solange's Instagram
Next Up: Editor's Pick