There’s been a lot of pushback lately, among white guys in particular, against the phrase “check your privilege.” Maybe in part because, well, people like privilege. (It’s nice! Just look at the name!) Maybe because they feel guilt-tripped. Maybe because they hear “check your privilege” not as a request to examine how one’s advantages affect one’s worldview, but as the equivalent of how some Iraq War proponents used to use “support the troops”: i.e., “Shut up.”

In the Louie episode “So Did the Fat Lady,” Louis CK doesn’t use the phrase “check your privilege,” because earnest slogans are the death of comedy. (Also the death of drama.) But the episode, easily one of the most thought-provoking episodes of TV this season, is as good an illustration as any on TV lately of the phrase in action: look at yourself, look at your circumstances, think about what it would be like to not be you.

Louis C.K. is a fat guy; his character Louie is. I don’t think I’m insulting either of them, since both his standup and his show have often addressed his weight in so many words. Yet Louie gets the ladies–not without complication, heartbreak, or liability incidents involving crippling debt, but nonetheless. In last week’s “Model,” Louie slept with a stunning young woman played by Yvonne Strahovski. (Or at least a version of him did; the show has a glancing relationship with continuity.) In that episode, Louie himself commented on how unlikely it seemed that a guy like him should be with her, but over the seasons his character has paired off with women in various Kevin Jamesian states of aesthetic asymmetry.

But maybe he–Louie, the character–hasn’t thought about it much. Because he hasn’t had to think about it much. He’s conscious of his weight, certainly. In “Fat Lady,” he’s vaguely aware that he should start exercising, he’s vaguely ashamed to admit, in front of a waitress, to participating in a “bang-bang.” (The rare coinage to manage somehow to be pornier than the porn image it conjures, it’s a giant meal followed immediately by another giant meal in a different cuisine, which may be both the worst and best invention Louie has given the world.) But he’s not conscious enough, it turns out, to actually go work out. And he knows from experience that if people see him out with a woman who looks like Parker Posey, they may think, “Nice,” or “Lucky bastard,” but not “Gross,” or “That’s impossible.” (Insert your Lena Dunham / Girls comparison of choice here.)

It’s a double standard, and you can apply whatever armchair anthropology you want to it, but it’s still a privilege, his privilege as a dude. (A smart, funny, successful dude too, although the TV character Louie does not enjoy the level of career success that Louis C.K. does.) And one of the side privileges of privilege is, you don’t have to think about it–not really, not a lot, not for long, not if you don’t feel like it.

What “Fat Girl” does is to put Louie and the viewer in a position in which they have to think about it, for what, in half-hour sitcom terms, is an extended amount of time. It’s not just about saying “there’s a double standard”–you could do that in one joke, or scene. Instead, in a fantastic closing scene, Sarah Baker (who should have an Emmy nomination locked up for this) delivers a monologue, as Vanessa, that puts Louie fully in the perspective of someone like him, except without that privilege. Rather than read me retell it, see the video, embedded above.

“You have no idea.” This, essentially, is the animating spirit behind Louie and much of Louis C.K.’s best standup: that it’s your job as a person to get an idea, take yourself outside of your comfort zone, to be open to other experience, to try to understand what it is to not be you. It didn’t just start with this episode; it was a major theme of the entire, remarkable season 3. It’s the old proverb Louie mentioned apologetically to the Cuban American lifeguard he struck up a sudden, intense friendship with in the “Miami” episode: “Say you know nothing, and you learn everything.”

The privilege-check has also been a feature of some of Louis C.K.’s most caustically funny standup. His routine on being white (which is how he identifies, though he has some Mexican ancestry) may be the most succinct, dead-on summaries of what “white privilege” really means, in so many words:

Of course, in the end, we’re listening to Louis C.K., the guy who has the privilege. We’re listening to him on stage, in Miami, and, since he wrote the “So Did the Fat Lady” episode, we’re hearing his words delivered through Sarah Baker. Do I know if he got the experience of an overweight woman in our society entirely correct? I do not! (I am not a fat guy, though I have been in the past–about Louis C.K.’s size give or take–but as said, it’s different for guys.) Nor, by the way, despite Vanessa’s rhetorical flourish, do I think that Vanessa speaks for “all the fat girls” or Louie for “all the guys.”

What I do see, is a big part of what makes Louis C.K.’s work so worthwhile: that he’s doing the work. Or at least he’s doing a work. He’s recognizing that the world is full of people who have different circumstances from him, and that trying to understand with and engage with those differences makes life better. Maybe he’s getting it right, or wrong, or both. But he’s listening, at least his character is, and we’re listening with him.

What he’s not doing is taking “check your privilege” as an excuse to recuse himself, to say, “Not my topic, I’ll just sit over here and tune out.” Is he getting it right, or wrong? You tell me; you tell him. But I’d rather have a culture where someone like Louis C.K. is checking in than checking out. 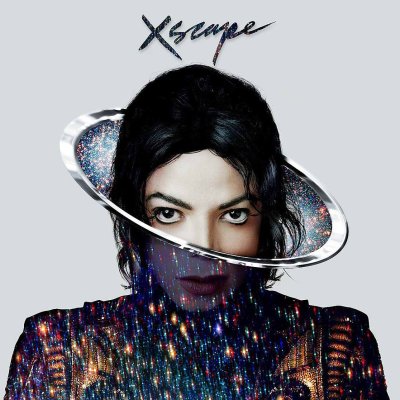 REVIEW: Michael Jackson's Legacy Gets Honored (Mostly) on Xscape
Next Up: Editor's Pick