In this July 6, 2013 aerial file photo, the wreckage of Asiana Flight 214 lies on the ground after it crashed at the San Francisco International Airport in San Francisco.
Marcio Jose Sanchez—AP
By Alexandra Sifferlin

Asiana Airlines has been fined $500,000 for failing to to provide adequate assistance to families of passengers on its airplane that crashed at San Francisco International airport last year.

The U.S. Department of Transportation announced the fine Tuesday after their investigation into the Asiana Flight 214 crash showed the South Korean airline was too slow to alert families of the crash, and did a poor job keeping them updated. The crash, which took place July 6, was caused by the airplane’s tail hitting a seawall while landing, and resulted in three deaths and dozens of injuries.

Federal investigators found it took the airline five days to reach family members of all 291 passengers, which was considered unacceptable since many of the passengers were from South Korea and China, and the airline was their family members’ only source of information. Asiana Airlines also failed to make people aware of a toll-free helpline, claimed the DoT, and the line initially sent callers to a reservation line. Investigators said there were also not enough translators made available during and after the crash.

An Asiana Airlines spokesperson told the Associated Press, “Asiana provided extensive support to the passengers and their families following the accident and will continue to do so.” 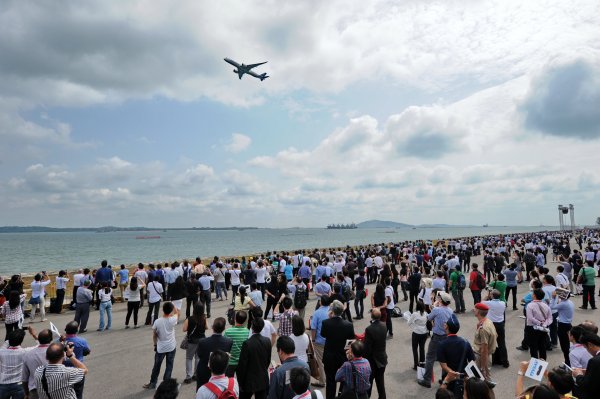 This Is the Incredible New Airbus Jet Everybody Is Talking About
Next Up: Editor's Pick