On May 12, TMZ continued its winning streak on the “covert recordings of people who probably wouldn’t want to be covertly recorded” beat when it published footage purportedly of Solange Knowles, the younger sister of TIME 100 cover star Beyoncé, punching and kicking brother-in-law Jay Z in a hotel elevator at a Met Gala after-party. The black-and-white footage has no audio, which means digital on-lookers will probably never understand why it all went down, but that didn’t stop the Internet from trying to figure it out anyway.

Here’s a breakdown to everything you need to know about the incident:

The Reactions. The assault became its own meme faster than you could type #WhatJayZSaidToSolange. Solange was the butt of most of the jokes, which took swipes at her career and her Wikipedia page, though a few made Jay Z the target as well. Beyoncé, who’s no stranger to becoming an Internet meme herself, was surprisingly left out of the action for the most part.

The Problem with the Reactions. Julianne Ross at PolicyMic argues that such jokes make light of male victims of domestic violence, who are less likely to report abuse than female victims. Would Jay Z have become a meme if he had been the one lashing out?

The Explainer. If you find yourself asking, “What is a Solange and why should I care?” Vox offers a brief crash course in her career and the origins of her name.

The Explainer About the Explainer. If you weren’t informed by Vox’s breakdown, there’s a good chance you were laughing at it. Death and Taxes gets to the bottom of why so many people made fun of Vox’s explainer — it mostly boils down to the belief that Solange-related drama really isn’t the kind of journalism “vegetables” that merit an explainer in the first place.

The Possible Theories. There’s no shortage of ideas regarding what could have made Solange blow up like that. Some are practical suggestions: Jezebel wonders if Solange is just a “nasty drunk,” if Jay Z insulted her as a mother or if he cheated on Beyoncé. Others are less serious: Gawker’s Sam Biddle jokes that it’s just a Jimmy Kimmel prank. The most entertaining ones of all are simply fanfiction in the making: Did Jay Z spoil Game of Thrones for her?

The History. “My sister told me I should speak my mind,” Beyoncé sings on her feminist anthem “***Flawless.” When it comes to being outspoken, clearly Solange leads by example — BuzzFeed rounded up of all the other times Solange got really mad in public, on television or on the Internet. There’s her falling out with former collaborator Dev Hynes, her awkward TV interview from 2008, the time she called out Beyoncé birth truthers (which could probably use its own Vox explainer) — and then, of course, there’s the greatest outburst of them all, bananagate.

The Official Statement. After some much-analyzed Instagram activity, the family released a joint statement on May 15: “[Solange and Jay Z] both acknowledge their role in this private matter that has played out in the public. They both have apologized to each other and we have moved forward as a united family.”

The Hotel’s Side. A representative from the Standard Hotel issued this statement before eventually firing the employee responsible for the leaked footage:

What Happened Since. Jay Z and Beyoncé were just chillin’ at a basketball game Monday night, while TMZ reports that Solange and Jay Z went jewelry shopping at — where else? — Mr. Flawless on Tuesday. Though it appeared that Solange had deleted deleted Beyoncé photos off her Instagram, BuzzFeed points out that’s not true.

What Solange Got Out of It. There’s no such thing as bad publicity, as the old adage goes. Caitlin Dewey at The Washington Post notes that Monday’s news made Solange “quantifiably more famous now than she’s ever been before.”

What Does It Say About Society, Part 1. Over at The Atlantic, Spencer Kornhaber offers four ways of looking at the footage: as a clash between god-like figures and the values they represent; as a chance to rubberneck someone else’s personal tragedy; as an opportunity to examine the forces of gender and race in pop culture; and as a sign of alarming levels of surveillance that are particularly at odds with Queen Bey’s strict management of her own public image.

What Does It Say About Society, Part 2. “There is a reason we so greedily gorge on private moments of famous people: We think we want to know everything about their lives, particularly those of people we admire,” Alyssa Rosenberg writes at The Washington Post. “But I am not sure how true that actually is. If we paused to consider the experience itself, we might acknowledge the misery of it. Watching a woman so thoroughly lose it is degrading. Listening to V. Stiviano draw out Clippers owner Donald Sterling — actually listening to the tape, not just reading the words in print — and hearing him berate her is sickening.”

Where to Go If You Suddenly Want More Solange: In addition to her essay, Rosenberg also has good recommendations for where to start with Solange’s catalog. For a more comprehensive introduction, read TIME’s beginner’s guide to Solange’s music.

Where to Go If Violence of Any Kind Makes You Feel Dead Inside: Revisit last month’s Coachella music festival, where Beyoncé made a surprise appearance during Solange’s set. No punching, no kicking, no shoving — only smiles, great choreography and plenty of hair flips. That’s how they used to flex in Texas. 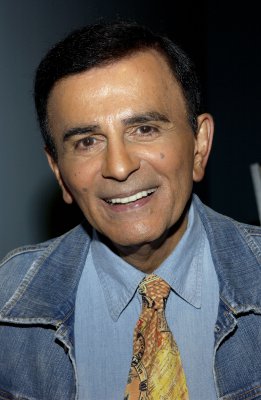 LA Judge: Where Is Casey Kasem?
Next Up: Editor's Pick