Budweiser Wants Baseball's Opening Day to Be a National Holiday

Should the season opener for the national pastime be a national holiday? Budweiser thinks so.

This week, the self-proclaimed King of Beers launched an online petition at WhiteHouse.gov, with the goal of getting 100,000 signatures in support of making Major League Baseball’s opening day (March 31 this year) a national holiday. Here’s the kind of language used in the petition to pump up the argument:

Major League Baseball of course supports the idea of letting all workers off in order to celebrate its season’s kickoff. In a statement published by the St. Louis Post-Dispatch, MLB executive vice president of business Tim Brosnan speaks of the upcoming season in near-religious terms. “Commissioner Selig always reminds us that Opening Day brings hope and faith to fans across the country,” the statement reads. “We know this will be a special year for Major League Baseball and Budweiser’s efforts to recognize Opening Day in this fashion starts the season with a fitting salute.”

(MORE: How Budweiser Is Trying to Lose its Stale Image)

A post at MLB.com notes that Hall of Fame shortstop Ozzie Smith, who played the vast majority of his career for the St. Louis Cardinals, will be campaigning in support of the petition in the weeks to come. (The petition will be closed March 24.) “Smith announced the initiative on Tuesday and has partnered with St. Louis-based company Budweiser,” the post explains.

As beer enthusiasts know, however, Budweiser is not a company but a beer brand. And since a 2008 merger took place, its parent company, Anheuser-Busch InBev, hasn’t been based in St. Louis or anywhere in the U.S., but in Belgium.

Even so, over the years, the company has continued pushing the concept of Budweiser as an iconic American brand, sponsoring “Made in America” festivals and the like, but there has been some backlash. Some upstart beer makers have made Bud’s foreign ownership the crux of a sales pitch, with the argument that drinkers who want to be patriotic should choose truly American-owned brews.

The years in which Budweiser, Bud Light, Michelob, and its sister labels have been in the hands of a multinational corporation have coincided with the phenomenal rise of American-owned craft beer brands, but that’s more likely due to consumer tastes than patriotic zeal.

In any event, the cynical view of the Bud-MLB petition is that it’s an obvious ploy to play to the crowds—not just baseball fans, but everybody who’s a fan of more days off work, which means pretty much everybody—and also another means of AB-InBev to spread the perception that Budweiser, long associated with the All-American national pastime, is the nation’s All-American adult beverage of choice. To truly believe that, though, you must be in “a state of mind where anything is possible.” 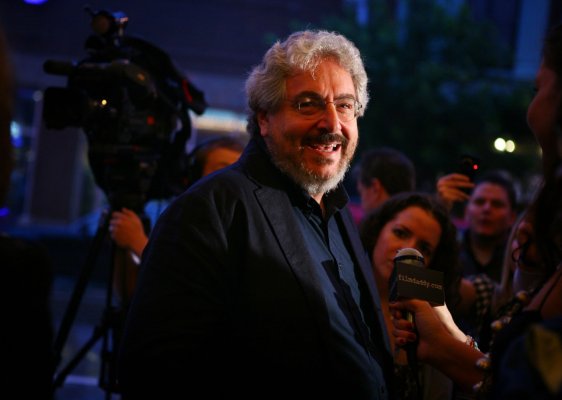 Harold Ramis and the Death of the Baby Boomers' Dreams
Next Up: Editor's Pick