California Is Finally Set to Get Rain, But It Won't Quench the Drought

How extreme is the drought in California? Right now the federal government says that every square mile of California is in some state of drought—and 14.62% of the state, concentrated in central California’s agricultural heartland, is in the most extreme state of exceptional drought. Rainfall in some of the most populated parts of the state have been all but nonexistent—since July 1, San Francisco has experienced just 5.85 inches of rain, about 35% of what’s normal, and Los Angeles has received just 1.2 inches of rain, less than 10% of the average over the same period of time. Snowpack in the Sierra Nevada basin—the water bank for much of California—is less than half below average. By every count, California is in the grip of a truly historic drought that will cost the state and the country billions of dollars.

But there’s no better signal of how severe this year’s drought is than the fact that even a heavy rainstorm will barely make a dent in the big dry. The National Weather Service (NWS) projects that this week a pair of Pacific storms are expected to bring as much as 2 in. of rain to the coast, and several feet of snow to the Sierra Nevadas. The second state in particular is expected drench virtually all of California for 24 hours, as Jim Bagnall, a meteorologist with the NWS, told the Associated Press:

Still, despite the fact that Los Angeles could receive more rain this week than it has in nearly eight months cumulatively, the drought will be far from over. Even with the storm, much of California will still be below average for precipitation this month. Since February tends to be the wettest month for California, that means that the state still has a larger and larger rainfall deficit to make up if this drought is to ever end. The good news is that chances of an El Niño event this summer—which could bring heavier rainfall—are rising. But at this point it might take divine intervention to irrigate the Golden State. 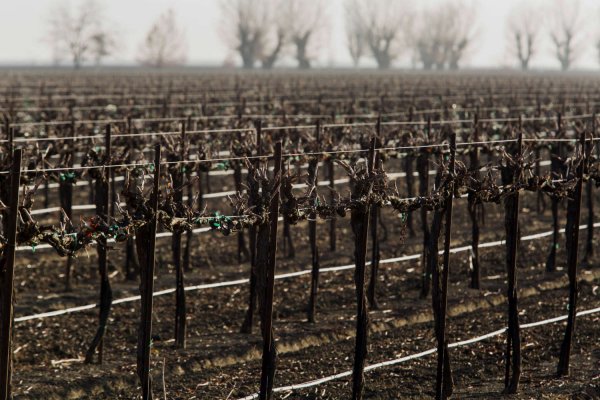 California's Farmers Need Water. Is Desalination the Answer?
Next Up: Editor's Pick