Bullying Is Good For Your Health

There’s no denying that being a victim of bullying can leave lasting psychological and social scars. Victims are more likely to experience depression, anxiety, and problems in developing healthy social connections for years after the experience. But according to a new study, it gets even worse—the people bullying them may actually experience health benefits from their ruthless behavior.

William Copeland, an associate professor of psychiatry and behavioral sciences at Duke University Medical Center, and other researchers report in the journal PNAS that bullies show lower levels of inflammation, a biological process linked to higher risks of chronic diseases such as heart trouble and cancer, while victims show spikes in the very inflammatory markers that could prime them for serious health problems. The results aren’t an excuse for bullying, says Copeland, but serve as a lesson for how social status can have lasting positive effects on health—as long as it doesn’t come at the price of hurting others.

MORE: When Popularity Backfires: Climbing the Social Ladder Can Lead to Bullying

Copeland and his colleagues took advantage of a database involving 1420 children who were followed from the age of 9 to 21, and who were tested at nine different times during that period. They were asked about their bullying experiences, and researchers took their blood to measure things like C-reactive protein (CRP), a marker for inflammation that is an important for predictor of heart disease, among other ailments.

Victims of bullying showed the greatest increases in their CRP levels, compared to where they started, which wasn’t surprising, since inflammation can spike due to stress, anxiety, and lack of sleep—all of which bullying victims experience. The more often victims were bullied, the more their CRP levels rose. But the real shocker came when the scientists analyzed the CRP levels of the bullies. Their inflammation rates were lower even than those children who had never reported being bullied or being a bully. Bullying seemed to protect the aggressors from inflammatory diseases. “We found that the enhanced social status that came along with being a bully did seem to advantage them over time,” says Copeland. “That finding more than anything else surprised us.”

The fact that there are physical benefits to being the top dog socially—and that these effects are long-lasting—is an important message of the study. And it’s not just bullying—other research has linked higher socioeconomic status to lower levels of inflammation. But what distinguishes Copeland’s work is the long consequence of this effect, which extended from childhood into young adulthood. “It shows the possibility of social interactions for positively affecting a person’s health,” he says. “It’s striking that we can still detect that effect down the road.”

Clearly, there are ways to enhance your social status without threatening to pound your peers. Copeland hopes the study serves as an endorsement of more positive ways of promoting self-esteem and confidence: through athletics, extracurricular activities and other experiences that can help people feel good about themselves—and that don’t come at the expense of others. Bullying shouldn’t be its own reward. 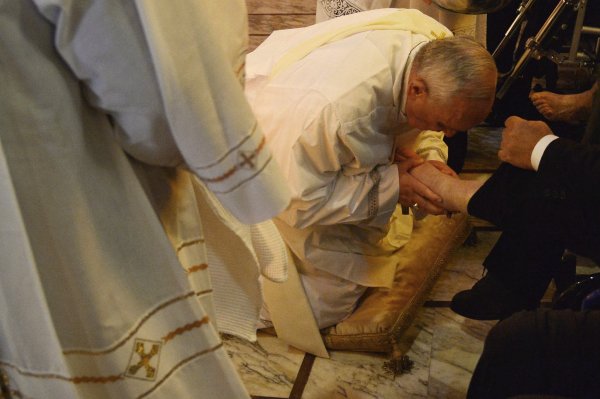 Faith in Humanity: 10 Studies to Restore Your Hope for the Future
Next Up: Editor's Pick