Japan Mulls Nuclear Revival Not Even 3 Years After Fukushima

If there was one thing that seemed certain in the wake of the Fukushima Daiichi meltdown in 2011—the worst atomic accident since Chernobyl—it was that nuclear power in Japan and the rest of the world was in major trouble.

Japan, which before Fukushima had generated 30% of its electricity from nuclear, eventually took all of its 50 commercial reactors offline to pass new safety tests. Japanese citizens took to the streets against the nuclear industry in rare shows of public protest, and then-Prime Minister Naoto Kan announced a commitment to end nuclear power in Japan by 2040. Other countries took note, too. In the wake of Fukushima, Germany began closing nuclear plants out of safety concerns, with a plan to denuclearize the country completely by 2022.

But nearly three years after Fukushima, the impact of the meltdown seems smaller than ever, even in the country that was ground zero for the accident. Today Japanese Prime Minister Shinzo Abe released a new Basic Energy Plan that states Japan will push to restart the dozens of reactors closed after the disaster, and potentially even build new ones in the future. And beyond outliers like Germany—where denuclearization is still proceeding—nuclear power is still expanding in much of the world, as Joshua Keating points out in Slate:

The developing world is driving the growth in nuclear—unsurprising, since the need for new electric capacity is greatest there—but in the U.S. new nuclear plants are being built for the first time in decades, while the conservative British Prime Minister David Cameron has pushed for new nukes in the U.K.

(MORE: Nuclear Fusion Just Got a Little Closer to Becoming a Reality)

In Japan, the nuclear reversal boils down to politics and the economy. Former Prime Minister Naoto Kan’s Democratic Party of Japan was less connected to the country’s sprawling nuclear industry, and the mounting street protests in the wake of Fukushima made it all but impossible for Kan not to move against nuclear power. Shinzo Abe, who became prime minister at the end of 2012, is a member of the more conservative Liberal Democratic Party, which has long had close ties with Japan’s nuclear industry. It didn’t help that organized political opposition to nuclear power in Japan largely fizzled out. Antinuclear candidates failed to unseat a pro-nuclear incumbent in a vital gubernatorial race in Tokyo earlier this month.

The shuttering of nuclear plants also forced Japan to increase imports of oil and natural gas to make up for the shortfall, which helped lead to a $204 billion trade deficit between March 2011 and the end of 2013. Electricity generation costs went up by more than 50%. CO2 emissions in Japan’s electricity industry have increased by 100 million metric tons as zero-carbon nuclear was displaced by fossil fuels. “If we had indicated ‘zero nuclear’ without any basis, one could not call it a responsible energy policy,” said Toshimitsu Motegi, Japan’s minister for trade and industry.

Of course, the Japanese government was unclear about the details about any kind of nuclear revival, and with the majority of the Japanese public still opposed to nuclear power, any plans to restart plans could be undermined by local opposition. It doesn’t help that the ruined Fukushima Daiichi plant is still a total mess. This week a damaged power cable at the plant shut down a vital cooling system at Reactor No. 4, in what was only the latest of an endless series of mishaps at the cleanup.

But the long-term health impacts of the meltdown and subsequent radiation release seem limited. In a study published this week in the Proceedings of the National Academy of Science, a team of Japanese researchers found that the mean annual radiation dose from the Fukushima event after 2011 was comparable to the background radiation that the average Japanese citizen might experience over the course of a year, and any increases in cancer rates from the meltdown may be so small at to be undetectable. That conclusion fits with earlier studies that suggest steps taken by the Japanese government to limit radiation exposure—including evacuations and food restrictions—from Fukushima seem to have been successful. On April 1, 300 people will finally be allowed to return home to a district near the plant, though that’s jut a tiny fraction of the 138,000 people from the area still living in temporary accommodations.

Nuclear power still has major obstacles to overcome, including high costs and lingering safety concerns. (The failure at Fukushima was due as much to the old, poorly built plant and corporate incompetence as it was to the earthquake and tsunami that damaged the plant.) But as the climate scientists James Hansen, Ken Caldeira and others wrote last year have written, nuclear power will need to be an option in a carbon constrained world:

(MORE: Nuclear Energy Is Largely Safe. But Can It Be Cheap?) 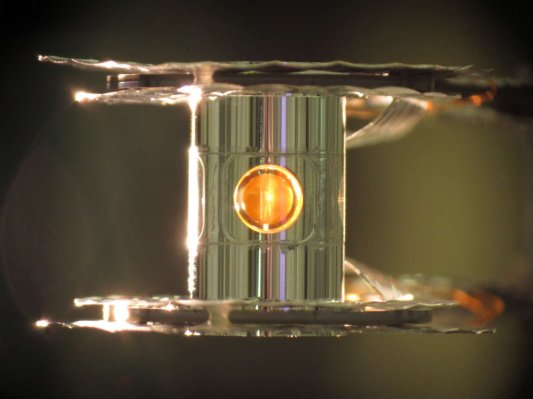 Nuclear Fusion Just Got a Little Closer to Becoming a Reality
Next Up: Editor's Pick