6 Facts About Saturated Fat That Will Astound You

Back in 2000, the journalist Nina Teicholz got a gig reviewing restaurants in New York City for a small paper. It didn’t pay much, but it did come with free meals out, which is how Teicholz found herself eating the kind of rich, fatty food—choice cuts of beef, creamy soups, foie gras—that she’d avoided all of her life. She was breaking every nutritional dictate in the book and yet Teicholz lost 10 lbs. Her cholesterol, which should have been spiking since she was all but mainlining saturated fat, remained at healthy levels.

That experience launched her multi-year investigation into the science and politics of fat that has culminated with her new book The Big Fat Surprise: Why Butter, Meat and Cheese Belong in a Healthy Diet. The book comes as new research has raised questions about the long-held connection between fat intake, cholesterol and cardiovascular disease. A meta-analysis published in March looked at dozens of past nutritional studies and found no evidence that eating saturated fat—chiefly found in meat, butter and cheese—increased heart attacks and other cardiac events, nor did it find evidence of less heart disease in people eating unsaturated fats like those found in olive oil or vegetable oil. In 2013, a prominent cardiologist argued in BMJ that the long-held advice to reduce saturated fats has actually increased the risk of obesity and heart disease.

It will take more than a few studies and this new book to sway the court of public-health opinion, but for now, here’s what Teicholz’s research reveals about saturated fat:

1. The war against fat was started by one man: Much of what we think we know about the supposed dangers of high fat intake comes from a single research project by a charismatic Minnesota pathologist named Ancel Keys. His Seven Countries Study compared the health and diet of nearly 13,000 middle-aged men in the U.S., Japan and Europe, and ostensibly found that populations that consumed large amounts of saturated fats in meat and dairy had high levels of heart disease, while those who eat more grains, fish, nuts and vegetables did not. The influential Keys relentlessly advocated the theory that fat caused heart disease, persuading the AHA in 1961 to issue the country’s first-ever guidelines targeting saturated fat—and he wasn’t shy about shouting down any researcher who questioned his data.

Yet it turns out there was a lot to question. Keys chose the countries most likely to confirm his hypothesis, while excluding nations like France—where the diet is rich in fat but heart disease is rare—that might have challenged it. “When researchers went back and analyzed some of the data from the Seven Countries study, they found that what best correlated with heart disease was no saturated fat intake but sugar,” says Teicholz.

2. Reducing fat has caused us to eat more carbs, which is not good: Nutrition science isn’t like the battle against smoking—you can’t simply tell people to stop eating fat and assume nothing will replace it. In the case of the U.S., saturated fat consumption has dropped by 11% since the early 1970s, while the consumption of carbohydrates—pasta, grains, fruit, starchy vegetables—has increased by 25%. To Teicholz, that’s been a bad trade. Carbs break down into glucose, which causes the body to release insulin, which happens to be very good at helping your body store fat.

3. That’s true even of supposedly “healthy” unrefined carbs: It’s not news that refined carbs like white bread and cookies are bad for you. But Teicholz says that even unrefined carbs—like whole-grain pasta and fruit—seem to be worse for your heart than fatty foods. “There have been rigorous clinical trials that have shown that a higher fat and lower carb diet is better for heart disease and obesity,” she says. “Even whole grains are less healthy than a diet that is higher in meat and cheese.”

4. Women have been particularly hurt by the demonization of fat: It wasn’t until the 1990s that women were studied as a separate group in heart disease and diet researcher, although they had been recommended to follow low-fat diets for decades. The major Women’s Health Initiative study, which looked at tens of thousands of women, found that a low-fat diet led to no significant reduction in the risk of cardiovascular disease, nor did it seem to reduce cancer risks. It turns out that when women follow low-fat diets—and they’ve done so more religiously than men—their levels of “good” HDL cholesterol drops even more dramatically than it does in men, which increases the risk of heart disease.

5. We shouldn’t be so quick to ban trans fats: If there’s one thing nutritionists can agree on, it’s that consumption of trans fats—artificially produced unsaturated fats that are now common in much processed and fast food—is bad for your heart. The Food and Drug Administration is moving to ban all artificially produced trans fats and while Teicholz doesn’t deny that trans fats can increase heart disease risk, she worries that in the rush to replace trans fats, the food industry will go back to using liquid vegetable oils—which when heated create oxidation products that have inflammatory effects linked to cancer and other illnesses. “We need to consider the alternative before we ban trans fats,” says Teicholz. “Some of the replacement oils have never been tested.”

6. We’ve been eating saturated fat for thousands of years: Death rates from heart disease have fallen rapidly since 1970, but much of that change can be attributed to reductions in smoking, cholesterol-reducing drugs like statins and better emergency medical care. And during the very decades when the case against saturated fat became nutrition gospel, Americans have gotten sicker and fatter. “It’s amazing to think that scientists believed that all these invented foods would restore us to a state of health,” says Teicholz. 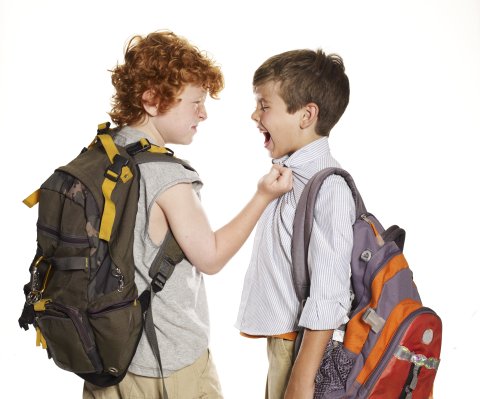