The world halted on its axis Monday when TMZ published surveillance footage that purportedly shows Solange Knowles, the younger sister of the one and only Beyoncé, getting into a fight with Jay Z in an elevator while Bey stands in the corner. TMZ claims the video footage comes from the elevator at the Standard Hotel, where along with an apparently much-needed security guard, the trio attended an after party following the annual Met Gala, a red-letter evening on New York’s fashion calendar.

The hotel told The Grio it is “shocked and disappointed that there was a clear breach of our security system,” but neither Solange Knowles nor Jay Z have commented.

Since the clip has no audio, it’s unclear what started the confrontation. But Twitter, of course, took the news and ran with it. Within minutes Solange was trending on both Facebook and Twitter, and shortly thereafter the hashtag #WhatJayZSaidToSolange became Twitter’s top hashtag. Below, our favorite reactions: 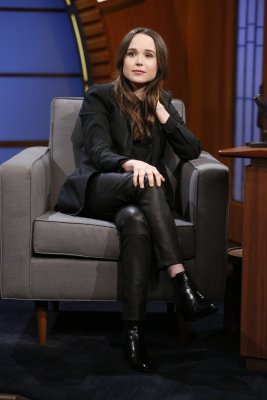 Ellen Page: Coming Out Was ‘Nerve-Wracking’
Next Up: Editor's Pick