The Bharatiya Janata Party leader Narendra Modi flashes the V sign to supporters as he is driven through the streets in Varanasi on May 8, 2014
Kevin Frayer—Getty Images
By Krista Mahr

Exit polls indicate that an alliance led by the opposition Bharatiya Janata Party (BJP) looks set to win the national elections in India, as voting drew to a close Monday.

A poll by C-Voter, a research group, indicated the BJP and its allies could win 289 seats in Lok Sabha, India’s lower house of Parliament, giving the coalition the majority needed to oust the incumbent Congress Party and form the nation’s next government. A poll by ABP-Nielsen predicted the BJP-led coalition would secure 281 seats, according to Reuters.

If the exit polls prove to be correct — which is no guarantee — they would put BJP leader Narendra Modi in pole position to become the next Prime Minister of India.

The final phase of India’s five-week election ended on Monday at 6 p.m. local time, with a crucial vote taking place in Varanasi, where Modi and Aam Aadmi Party leader Arvind Kejriwal went head-to-head for the parliamentary seat in the holy Hindu city in the state of Uttar Pradesh. With 80 Lok Sabha seats, Uttar Pradesh is key to Indian elections and has been a focal point of the BJP’s drive to end the Congress Party’s 10 years of government in New Delhi. Results are due to be announced on Friday, May 16.

Voter turnout over the nine-phase vote hit a record high of over 66%. Analysts have said a high turnout may not bode well for Congress, with voters weary of a government beleaguered by a weak economy and allegations of corruption. The previous highest voter turnout was registered in the 1984–85 general elections, when some 64% of eligible voters showed up to the polls after former Prime Minister Indira Gandhi was assassinated. 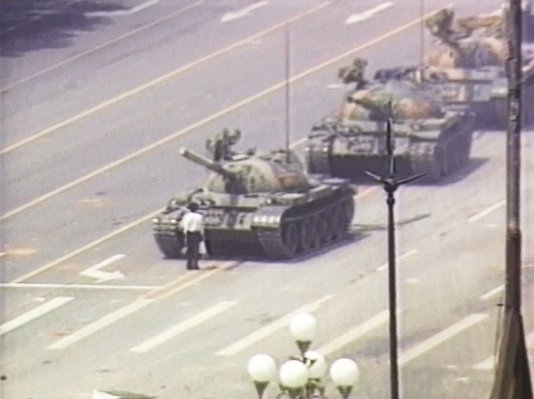 The Invisible, but Not Forgotten Anniversary of Tiananmen Square
Next Up: Editor's Pick