New York City police will no longer seize condoms as evidence when making prostitution arrests, Mayor Bill de Blasio said Monday, in a victory for advocates who worried the policy was discouraging protected sex among prostitutes.

“A policy that actually inhibits people from safe sex is a mistake and is dangerous,” de Blasio said during a press conference. “And there’s a number of ways that you go about putting together evidence. And I have absolute faith in [Police] Commissioner [Bill] Bratton and his team, and they felt that this was not the right way to go, that the previous policy was not the right way to go and that they could be effective in gathering evidence without it.”

Bratton said in a statement that the police department changed its policy because of public health concerns. “The NYPD heard from community health advocates and took a serious look at making changes to our current policy as it relates to our broader public safety mission,” he said.

Advocates see the policy as a big step forward in ensuring the safety of sex workers, who previously had to hide their condoms or avoid them altogether for fear of police discovery. Activists applauded the decision. “This policy opens the door for individuals in prostitution to stop risking their health for fear of carrying condoms,” Sonia Ossorio, President National Organization for Women, said in a statement. “It’s every individual’s right to be able to protect their health and this policy shift under the new NYPD leadership goes a long way in furthering sound public health policy.” 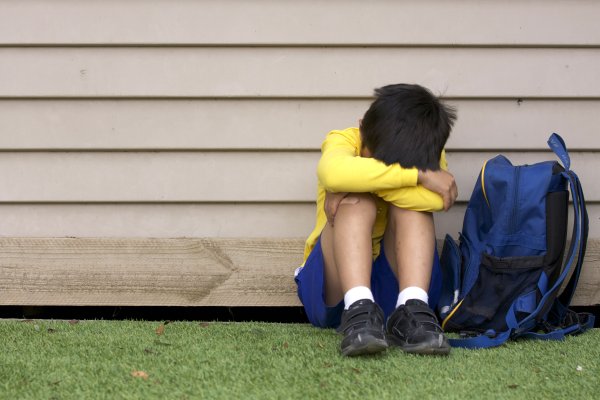 California City Aims to Make Bullying a Crime
Next Up: Editor's Pick