SPOILER ALERT: This post contains spoilers for the season finale of Once Upon a Time.

So, was that Elsa from Frozen on the season finale of Once Upon a Time?

“That is indeed Elsa from Frozen,” says Edward Kitsis, one of the show’s executive producers. “Yep.”

But, while fans were surprised to see that very familiar glittery blue cape at the end of the episode, Kitsis and his co-producer, Adam Horowitz, tell TIME that they were surprised by something else: the fact that the big reveal remained a surprise.

The idea to bring Frozen into the Once Upon a Time universe has been in the works ever since Kitsis and Horowitz saw the film around the time of its November 2013 release. They immediately saw a connection to their own work: “A person perceived to be a villain who’s actually misunderstood is our favorite kind of character,” says Kitsis. (Who will play that person hasn’t yet been decided; the character of Elsa on the show is yet to be cast.)

The idea stuck in their heads, and by February it was clear that they couldn’t just forget about it. They came up with a story idea that incorporated the character, pitched it to the network, got ABC’s O.K. to pitch it at a corporate level and then finally got the go-ahead; fans who think the movie studio asked the TV network to include the character have it backwards. It helped, they say, that they were careful to be sure that their story didn’t mess with anything set up by the movie, and that they were clearly Frozen fans.

So, if the idea has been in the works for months, how did they protect the surprise? Horowitz says that they wrote an alternate ending for the episode and distributed that script to the cast and crew. Only a handful of people got to see the real thing — and many people who work on the show didn’t even find out until afterwards.

What was in that alternate final scene? Horowitz and Kitsis are practicing their secretiveness on that one too.

“It’s something we’re probably going to want to use [later],” says Horowitz.

“It’s another iconic Disney totem,” hints Kitsis. “We’ll leave it at that.” 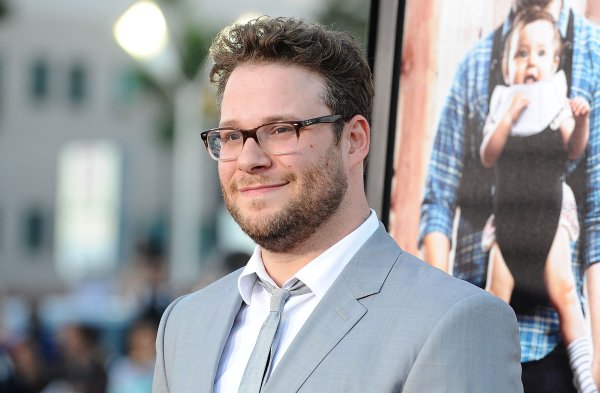 Seth Rogen, the Stoner King of Comedy
Next Up: Editor's Pick