The senator on science: just say no
Scott Eisen—Getty Images
By Jeffrey Kluger

Good news for Marco Rubio fans! The junior Senator from Florida is ready to be President, according to, um, the junior Senator from Florida himself. Rubio may or may not be ready to hold the most powerful job in the world, but one thing is clear: He’s certainly prepared to run for it, at least in the modern Republican Party. If there was any doubt on that score, it was settled during an interview on ABC News on Sunday, when he checked one of the most important boxes on any GOP hopeful’s job application: declaring that he did not, could not, would not, believe that climate change is real.

“I do not believe that human activity is causing these dramatic changes to our climate the way these scientists are portraying it,” Rubio said. “I think severe weather has been a fact of life on Earth since man started recording history.”

Those two sentences alone are a clinic in the art of the counter-factual, non-scientific dodge that can never be proven wrong because it says nothing at all. It opens with the obligatory hedge of belief—as when the heads of the major tobacco companies testified before Congress in 1994 that they did not believe nicotine was addictive, though it has been scientifically proven to be, because belief need not have anything to do with fact and, in the case of the tobacco boys, had the additional advantage of not leaving them open to perjury charges. Rubio adds the obligatory soupçon of contempt for the scientists—or “these scientists” he calls them, one of those rhetorical eyerolls that dismisses an entire community of professionals as little more than a faction of hacks. Finally, there is the faintly scientific sounding statement that is utterly irrelevant to the issue he is ostensibly addressing. Extreme weather has always been a fact of life on Earth, Rubio points out. Stipulated, as the lawyers would say. Now how about addressing how we’re exacerbating it?

But Rubio goes too far, as all climate deniers eventually do, inventing things scientists never, ever say, and then confidently refuting them. Take his assertion that climate investigators have “take[n] a handful of decades of research and say that this is now evidence of a longer-term trend that’s directly and almost solely attributable to human activities.”

OK, let’s put aside for a moment that “a few decades” of research is huge, a massive body of work with the most sophisticated tools and computer models ever available, which have exponentially increased our knowledge of how climate works. Still, even with that, climate scientists treat words like “directly and almost solely attributable” as nothing short of radioactive because that overstates what the research can show so far. Science is a cautious and highly incremental process, and scientists themselves treat it that way.

The same disingenuousness is true of Rubio’s statement to CNN that, “I think that it’s an enormous stretch to say that every weather incident that we read about or a majority of them are attributable to human activity.” Again, it would indeed be a terrible stretch if scientists were saying such a thing—which is why they’re not. Indeed, it’s why they stress again and again that weather isn’t climate, that today’s heat wave in Arizona or flood in Colorado is nothing more than bad news for the people who live there, but that over time—say, over “a few decades of research”—trends emerge, patterns reveal themselves, and scientific theory becomes inescapable if still incomplete fact.

Rubio may realize all that already or he may not—only he knows. Either way, by saying the things he’s said he has indeed made a strong case that he’s ready to run for president—and an even stronger case that he’s not ready to hold the job. 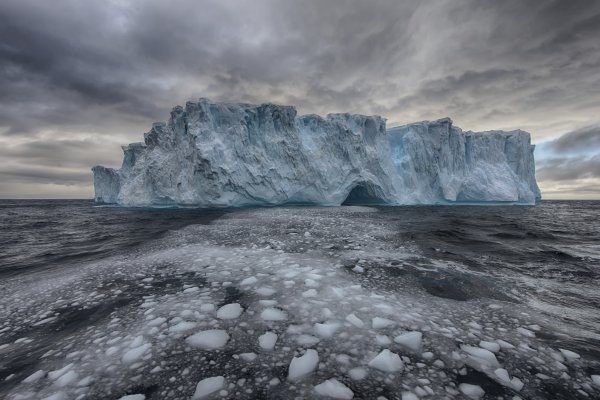