Michael Sam Jerseys Are No. 2 in NFL Rookie Sales

Sam became the first openly gay football player to be drafted by the NFL on Saturday, when the Rams picked him in the seventh round of the draft. Sam kissed his boyfriend, and President Barack Obama congratulated Sam in a statement. 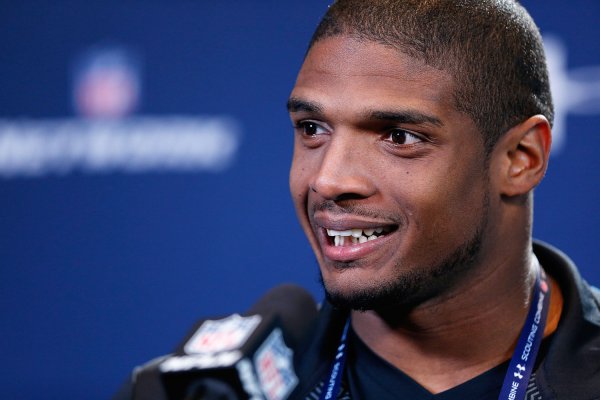