A psychiatrist called as a defense witness in the Oscar Pistorius murder trial said Monday that the South African Olympian has an anxiety disorder that affects how he responds to perceived threats.

Dr. Merryll Vorster said events in Pistorius’ childhood, like the amputation of his lower legs and his late mother’s paranoid habit of sleeping with a gun under her pillow, contributed to his “escalating levels of anxiety,” the Associated Press reports.

Pistorius is on trial for the murder of his girlfriend Reeva Steenkamp, who he shot early on Valentines’ Day morning last year. Pistorius says he mistook Steenkamp for an intruder. Prosecutors say he intentionally murdered Steenkamp during an argument.

Vorster testified that Pistorius, the double-amputee who became famous as “Blade Runner,” had a fear of crime, and that his amputated limbs caused him to respond to threats differently than other people. She said that he would more likely try to “fight” a perceived intruder rather than run away, because his stumps make it difficult to flee. “Overall, Mr. Pistorius appears to be a mistrustful and guarded person,” she said.

On cross-examination, the chief prosecutor asked Vorster if someone with Pistorius’s anxiety condition and access to guns would be a danger to society; Vorster answered yes. Following the psychiatrist’s testimony, the chief prosecutor requested that Pistorius be placed under psychiatric observation, but Judge Thokozile Masipa has not yet ruled on the request. 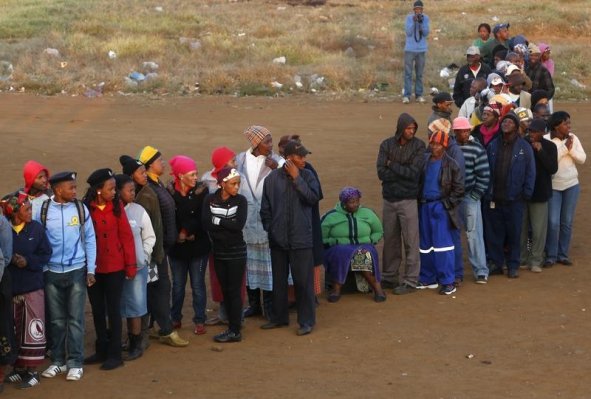 S. Africa Goes to Polls Amid Protests, Unemployment
Next Up: Editor's Pick