Miami Dolphins' Don Jones runs during NFL football rookie minicamp in Davie, Fla. A negative one-word tweet from Jones about the drafting of Michael Sam drew a rebuke from the team.
Alan Diaz—AP
By David Stout

Miami Dolphins’ safety Don Jones was fined an undisclosed sum and temporarily discharged from the team after the defensive back tweeted critical remarks about the NFL’s first openly gay player Michael Sam on Saturday night.

Jones reportedly tweeted “OMG” and “Horrible” after the St. Louis Rams’ selected Sam during the seventh round of the NFL draft. The tweets have since been deleted.

The 23-year-old safety has been required by the team to complete an educational training class before he is allowed to participate in the organization’s activities.

“I want to apologize to Michael Sam for the inappropriate comments that I made last night on social media,” said Jones in a statement on Sunday, according to ESPN. “I take full responsibility for them and I regret that these tweets took away from his draft moment.”

The incident is the latest black eye for the organization after the team was mired in a bullying debacle last season that saw tackle Jonathan Martin walk away from the Dolphins during the middle of the season. 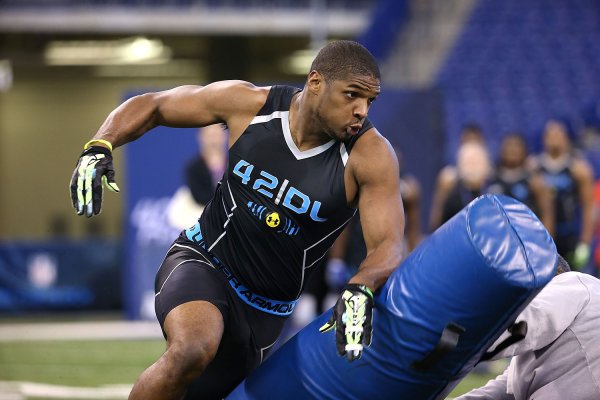