The Invisible, but Not Forgotten Anniversary of Tiananmen Square

A lone demonstrator stands down a column of tanks June 5, 1989, at the entrance to Tiananmen Square in Beijing. The incident took place on the morning after Chinese troops fired on pro-democracy students who had been protesting in the square since April 15, 1989
CNN—Getty Images
By Emily Rauhala / Beijing

They wanted him to disappear. In the early hours of May 6, Chinese authorities took away Pu Zhiqiang, a prominent Chinese human-rights lawyer who survived the June 4, 1989, crackdown on protesters in Tiananmen Square. Just days before, Pu had attended a private panel discussion on the upcoming 25th anniversary of the massacre, posing for a photograph that was posted online. Five attendees, including Pu, were later arrested.

Pu’s detention did not go unnoticed. Even as China’s censors scrambled to block searches for his name, people started talking about him online, often using coded language to get around the Great Firewall. Last Tuesday, Chinese actress Zhang Ziyi (the star of movies like Crouching Tiger, Hidden Dragon and Memoirs of a Geisha) urged her fans to watch The Attorney, a South Korean film about a human-rights lawyer who, per Zhang, “pursues democracy, rule of law, and justice.” Netizens knew exactly what she meant; the post went viral.

With less than three weeks to go before the 25th anniversary of the Tiananmen Square crackdown, the ruling Chinese Communist Party is trying very hard to stay on message. For the most part, that means not talking about, or marking, the events of that restless spring. The nationwide protests that swept China that year were brutally crushed by the party and its military arm, the People’s Liberation Army, with hundreds killed. Much of what unfolded was broadcast worldwide on television, reported and photographed. But within China, information about the incident has been scrubbed from the public sphere.

“The Beijing regime has been remarkably, if temporarily, successful in enforcing its official account of 1989 within China, justifying the military crackdown as necessary for stability and prosperity and for countering a Western conspiracy to divide and weaken China,” writes Rowena Xiaoqing He, who teaches a class on Tiananmen at Harvard University, in her new book, Tiananmen Exiles: Voices of the Struggle for Democracy in China.

Sticking to the script means that in the run-up to the anniversary each year, those who speak up are often arrested. In addition to Pu and his friends, several others have been targeted this year, including Gao Yu, 70, a protester who went on to become one of China’s most respected independent journalists. Last week she was forced to confess — on television — to charges that she leaked state secrets. On Friday, Chen Guang, a soldier turned artist whose work touches on Tiananmen and its aftermath, was also detained.

This official amnesia is an affront for those who participated in the protests, or lost loved ones in the crackdown. In 2006, Pu wrote movingly in the New York Review of Books about his annual visit to the square to honor fallen friends. “If everyone forgets, are we not opening the door to future massacres?” he asked.

The May 3 panel was perhaps an effort to stop this from happening. In a statement released to journalists and published online, the participants said they gathered to “investigate the truth of the incident” and “restore accuracy to history.” It was only by facing up to what happened, they said, that the country might start “closing its wounds.”

Healing is a long way off, but online, at least, a clandestine conversation is under way. After posts with the term Pu Zhiqiang started getting censored, Chinese Internet users started posting Pu’s photograph. When the pictures were pulled, one person responded by posting a portrait-shaped space white space. “Even though your face has been blocked,” wrote the poster, “everyone knows who is in this image.” 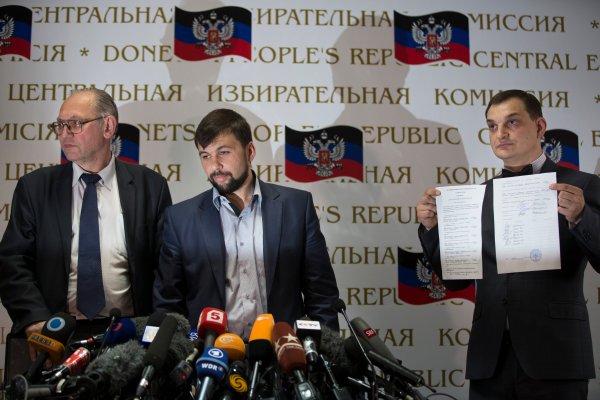