Sterling: I Made a 'Terrible Mistake'

Los Angeles Clippers owner Donald Sterling expressed contrition about racist comments that landed him a lifetime ban from the NBA, calling them a “terrible mistake” in his first interview since the scandal erupted.

Sterling sought forgiveness during the interview, but also seemed to imply he had been lured into making the comments by his ex-girlfriend.

“When I listen to that tape, I don’t even know how I can say words like that,” Sterling said. “I don’t know why the girl had me say those things.”

The remarks are Sterling’s first public comments since TMZ published a recording last month of him criticizing his ex-girlfriend for bringing black people to Clippers games and being public in her friendship with NBA legend Magic Johnson. That led NBA commissioner Adam Silver to ban Sterling for life and fine him $2.5 million for the comments, which Silver condemned as “deeply offensive and harmful.” Silver has vowed to force a sale.

The NBA’s Advisory/Finance Committee met on May 1 to discuss how to force a sale. A bevy of celebrities, including Oprah Winfrey and Magic Johnson, have been floated as possible owners.

When Cooper asked Sterling why he had dragged his feet on a public apology for nearly two weeks, Sterling responded that he was “emotionally distraught.” 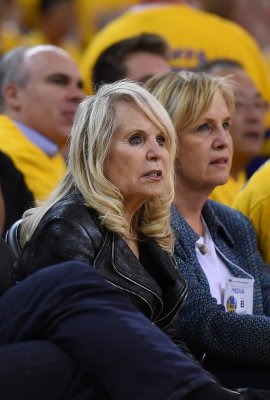