How Amazon Crushed the Union Movement

Amazon.com, like many big businesses, isn’t a fan of labor unions. In contract negotiations, organized workers demand higher wages, layoffs by seniority and sometimes threaten to strike. Amazon has successfully fended off U.S. labor unions since its founding in 1994. On Wednesday, it did once again.

A small group of maintenance and repair technicians at an Amazon warehouse in Middletown, Del., voted 21-6 against joining the International Association of Machinists and Aerospace Workers. The results marked a major victory for Amazon, which risked organized labor gaining a toehold within its operations and using it to recruit tens of thousands more fulfillment center workers across the country.

“The workers at Amazon faced intense pressure from managers and anti-union consultants hired to suppress this organizing drive,” John Carr, a spokesperson for the union, wrote in an e-mail. “We responded when these workers initially reached out to us, and we’ll continue to work with them to pursue the collective bargaining rights they’re entitled to under federal labor law.”

Last month, group members made up of electricians and machinists filed a petition with the National Labor Relations Board to organize the union. It set off a major lobbying campaign by both sides.

Amazon brought in a law firm that specializes in fighting off organized labor. It also held employee meetings during which management tried to discourage votes in favor of the union. The vote held Wednesday was the first of its kind in an Amazon fulfillment center. The NLRB monitored the election, which was held in a meeting room inside the Delaware facility.

“With today’s vote against third-party representation, our employees have made it clear that they prefer a direct connection with Amazon,” Mary Osako, an Amazon spokeswoman, wrote in an e-mail. “This direct connection is the most effective way to understand and respond to the wants and needs of our employees. Amazon’s culture and business model are based on rapid innovation, flexibility and open lines of direct communication between managers and associates.”

Carr, the union spokesman, said that workers who voted—a small fraction of the 1,500 at the facility—had hoped to use collective bargaining to negotiate guidelines for seniority, promotions and vacation time. In addition, he said that they wanted to establish “an effective safety committee in the fast-paced workplace.” He downplayed the desire for better wages or benefits.

Despite the union’s overwhelming loss, Carr said that the workers at the facility “understand a successful organizing campaign often requires several election cycles before representation is achieved.” Federal rules require any follow-up vote to be held at least year from now.

Amazon has held off attempts at union organizing in the past. In 2000, for example, the Communication Workers of America started a campaign to unionize 400 customer service employees. But Amazon soon closed the call center where they worked as part of broader cuts following the Internet boom years. In other instances, the company gave managers anti-union material to hand out and warnings of how to spot union organizing by being on the lookout for hushed conversations.

Amazon’s workplace practices have come under fire in recent years. News outlets have detailed everything from the exhausting nature of warehouse work (employees can walk as much as 15 miles daily) to ambulances waiting outside a facility to collect workers who overheated because of a lack of air conditioning. Warehouse workers in Germany have walked out several times over wage issues. Some later traveled to Seattle to picket in front of Amazon’s headquarters.

Meanwhile, the U.S. Occupational Safety & Health Administration is investigating the death of a contractor at New Jersey package sorting facility owned by Amazon, but managed by Genco, a logistics firm. Amazon is also being sued in a number of states for failing to pay workers for time spent waiting in security lines before and after work.

Steve Tadelis, a professor of economics at University of California at Berkeley who focuses on e-commerce, said that unionization would make it more complicated for Amazon to fire workers, among other things. Higher labor costs could also narrow the company’s already thin profit margin. Although Amazon has a high-tech image, blue-collar employees do most of the work. Invariably, they earn much less than high-paid computer programmers.

“Even though the typical layperson on the street thinks Amazon belongs to the same group as Google, Facebook and Twitter, it’s more like Walmart without the bricks and mortar,” said Tadelis, citing another company that has successfully fought off labor organizers over the years. 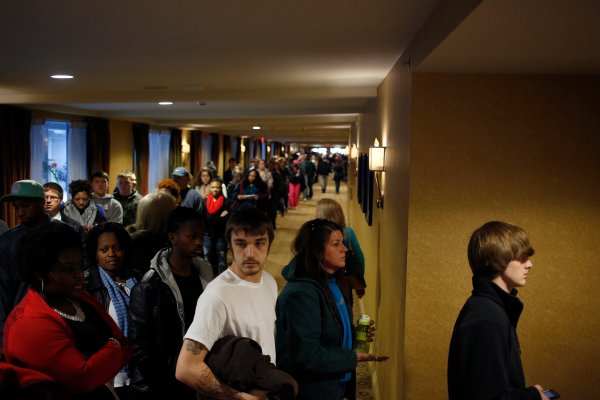 Why the Job Numbers Are Probably Wrong
Next Up: Editor's Pick