Shelly Sterling, the wife of Donald Sterling owner of the Los Angeles Clippers, watches the Clippers against the Golden State Warriors in Game Four of the Western Conference Quarterfinals during the 2014 NBA Playoffs at ORACLE Arena on April 27, 2014 in Oakland, California.
Thearon W. Henderson—Getty Images
By Nolan Feeney

Shelly Sterling said during an interview published Sunday that she plans to divorce her embattled husband, Los Angeles Clippers owner Donald Sterling. However, she added that she’ll fight to keep her stake in the team if the National Basketball League owners vote to force him to sell the squad.

“To be honest with you, I’m wondering if a wife of one of the owners, and there’s 30 owners, did something like that, said those racial slurs, would they oust the husband?” Shelly Sterling told ABC News’ Barbara Walters. “Or would they leave the husband in?”

The NBA banned Sterling for life and fined him $2.5 million last month after a recording of him making racist remarks surfaced online.

Sterling suggested to Walters that her estranged husband may have made the offensive comments because he was suffering from “the on-set of dementia.” She has not spoken to him about the future of their ownership in the team, but says she “would love him to” transfer his ownership to her.

“I don’t know why I should be punished for what his actions were,” she said. 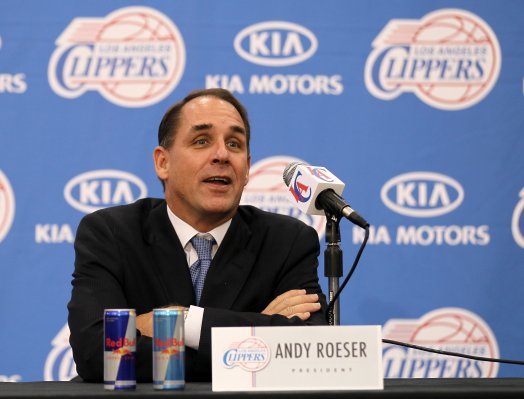 Clippers President Steps Down Amid Sterling Uproar
Next Up: Editor's Pick