NBC's Parks and Recreation Is Headed for Its Final Season

Prepare to say goodbye to Pawnee, Indiana. As anticipated, NBC revealed when releasing the network’s fall schedule Sunday that the seventh season of Amy Poehler’s mockumentary sitcom will be its last.

The upcoming fall lineup will also see the sixth and final season of drama Parenthood as well as the premieres of the previously announced series State of Affairs (a political drama starring Grey’s Anatomy alumna Katherine Heigl) and A to Z (a romantic comedy produced by Parks and Rec‘s Rashida Jones and starring How I Met Your Mother‘s Cristin Milioti), Vulture reports.

Parks and Recreation isn’t scheduled for the network’s fall lineup, which means it will likely return as a mid-season replacement. Also missing from the fall schedule is The Unbreakable Kimmy Schmidt, which had been ordered straight to series by NBC, BuzzFeed reports. The show is co-executive produced by Tina Fey and stars The Office‘s Ellie Kemper as a recently freed member of a cult who decides to start life over in New York City. 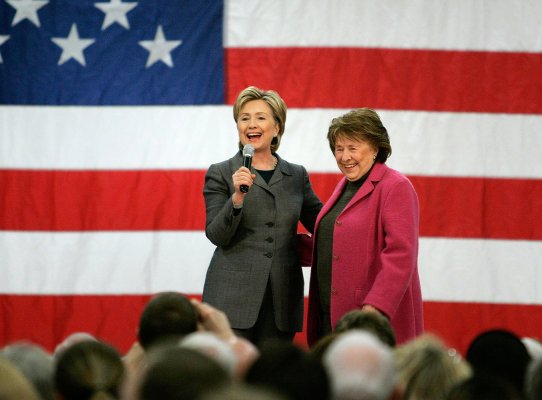 Hillary Reflects on Her Late Mom and Grandmotherhood
Next Up: Editor's Pick