Anatomy of an Apprehension: The Three Keys to Catching El Chapo Guzman

Dubbed the most powerful drug trafficker in the world and eluding arrest for more than a decade, police finally got the man known as “El Chapo” over the weekend. Take a look at how U.S. and Mexican authorities found Joaquin Guzman.
Getty
By Alex Altman

The end of the manhunt was no match for the mystique of the target.

Joaquin “Chapo” Guzman, one of the most-wanted men in the world, had been on the run since 2001, when he escaped in a laundry cart from a Mexican prison. The chase finally wrapped up around sunrise on Saturday morning, when Mexican commandos raided a cream-colored condo tower fronting the Avenida del Mar in the seaside town of Mazatlan. The criminal giant nickamed “Shorty” was sleeping shirtless inside unit 401, a modest apartment with white tile floors and pink suitcases strewn across a sagging mattress. He was taken without a fight.

The ease of the capture belies the intensity of a pursuit that spanned five presidents and the North American continent. Guzman’s alleged gift for smuggling narcotics into the U.S. was matched only by his knack for evading apprehension—a goal aided by the millions of dollars that authorities say he doled out as bribes. It was only within the past month that the trail grew white hot. Intercepted wiretaps, information gleaned from a deep network of confidential informants, and the arrests of several senior cartel figures—who subsequently surrendered satellite phones crammed with contacts—all played a role in the endgame, according to U.S. officials and experts on the cartel who spoke with TIME.

But before that, the groundwork for the weekend raid was laid by steady police work, a sturdier alliance between neighboring nations and new financial pressures, those sources say. Here are three key factors that led to Guzman’s capture:

The Sinaloa cartel is reputed to be the world’s largest trafficking empire, with tentacles stretching across more than 50 countries. It is certainly one of the world’s trickiest criminal enterprises, deploying smuggling tactics ranging from submarines to secret tunnels. “The organizational and operational level of sophistication in the Sinaloa cartel—there’s not a Middle Eastern terrorist operation that comes close,” other than possibly Hezbollah, says Michael Braun, the former chief of operations of the U.S. Drug Enforcement Administration. “When you stop and think that this group was moving multi-tons of cocaine out of northeast Colombia to Mexico, ultimately across the border, and distributing it all over the U.S. and Europe—it eclipses anything else.”

Methodical police work was responsible for the seizure of its leader, according to current and former U.S. government officials who spoke with TIME. The DEA maintains an extensive network of confidential informants throughout the U.S. and Mexico. And it relies on an intricate web of judicially approved wiretaps all over the U.S., from hubs like Chicago to tiny cities along smuggling routes. Taken together, they give the agency a glimpse of the cartel’s structure and scale. “There’s a tremendous amount of info that can be gleaned from those wiretaps and that human intelligence,” says Braun.

The hunt for Chapo cranked into a new gear last November, when the son of Guzman’s top lieutenant was nabbed by U.S. agents at a border crossing in Nogales, Ariz. Authorities seized a phone containing cartel contacts, which they used to identify stash houses around the rugged Pacific state of Sinaloa. About 30 days ago, Mexican authorities—aided by American intelligence tips—launched a series of successful raids that yielded an arsenal of weaponry and several top Guzman lieutenants. Each in turn yielded a new trove of information for officials to mine.

A week ago, Mexican commandos traced a number stored in a seized cell phone to a stash house outside the provincial capital of Culiacan, where they believed Guzman was hiding. As they struggled to knock down steel-reinforced doors, the kingpin escaped through a secret passage beneath a bathtub, according to Mexican authorities, which led to a maze of special tunnels linking seven safe houses. The revelations accelerated the chain of events that ended in his capture. “When key leaders get taken out, it forces the organization to change their tactics, techniques and procedures,” says Braun. “They become more vulnerable.”

Chapo’s capture was facilitated by the bond forged between small teams of U.S. agents and members of the Mexican marines and navy, according to three sources who spoke to TIME. The partnership has rarely been so seamless. Despite close trade and cultural ties, the U.S. and Mexico have an uneasy alliance. Corruption is endemic across Mexico’s political system, law-enforcement network and judiciary. The Mexicans don’t always hold the U.S. in high regard either, and for good reason: more than 100 U.S. border patrol agents over the past decade have been charged with cartel-related corruption.

But in recent years, the partnership has strengthened. “The U.S. and Mexico have been on the same page more,” says Malcolm Beith, the author of The Last Narco, a book about the hunt for Guzman. Some 70,000 people in Mexico have been killed due to the drug war over the past six years, forcing the Mexican government to triage threats. Sinaloa has the broadest reach of the country’s cartels, but it is not the most ostentatiously violent. (That twisted honorific is reserved for the Zetas, whose calling card involves dumping mutilated or beheaded bodies in public places to instill fear.) As a result, Guzman was not the government’s top priority until recently, sources say.

As the Mexicans zeroed in on Guzman, “the DEA has increasingly flipped their game of who they work with,” says Beith. Instead of working with the Mexican army, the DEA, Immigration and Customs Enforcement and the U.S. Marshals have been liaising with small teams of Mexican marines and naval commandos. The Mexicans carry out the drug raids, with the U.S. on hand for debriefing, operational and intelligence support.

One of the unsung players in the drug lord’s apprehension was the U.S. Treasury Department, who closed off many of the cartel’s financial channels. Guzman presided over a multibillion-dollar empire, so it’s not as though he was strapped for cash. But that doesn’t mean he was immune to economic stresses. Since the Clinton Administration, the U.S. has sought to deny international drug traffickers access to the financial system. The so-called Kingpin Act, signed in 1999, requires the Treasury Department’s Office of Foreign Assets Control (OFAC) to freeze assets and impose sanctions against businesses that work with designated drug traffickers. The program is modeled after the effort that helped break the power of Colombian cartels.

Over the past 14 years, the U.S. has cracked down on more than 1,300 businesses and individuals for aiding cartels. One of the best tools at the DEA’s disposal in targeting Sinaloa has been this little-known financial squeeze, according to a U.S. law-enforcement source who spoke to TIME. “They’re able to freeze assets all over the world,” the official says. “They help us by cutting off significant members of cartels from the international banking system. It’s very hard to deal with stuff in Mexico if you’re on OFAC’s list.”

Hagar Chemali, a spokesperson for the Treasury Department, acknowledged an indirect link to the successful operation. “While OFAC was not involved in the capture of Chapo Guzman, OFAC sanctions were instrumental in disrupting the operations of the Sinaloa cartel and maintaining relentless U.S. pressure on the cartel’s leaders and lieutenants,” Chemali says. “Maintaining financial pressure through OFAC sanctions is central to the United States’ objective to break the power and impunity of the Sinaloa cartel and lock it out of the U.S. financial system.”

So what happens now? Just hours after being paraded across an airport tarmac in a public perp walk, Guzman was formally charged with drug-trafficking on Monday by a Mexican court. The move set the wheels of justice in motion, but progress is likely to be slow. In the meantime, the U.S. and Mexico are already beginning what could be a protracted battle over the venue of prosecution. Federal prosecutors in Chicago and New York are seeking to have the kingpin brought to their jurisdictions to face charges, while the chair of the House Homeland Security Committee, Texas Republican Michael McCaul, urged Mexico to extradite Chapo to avoid a repeat of his audacious 2001 escape. In the end, however, the man who both sowed terror and inspired sycophantic narco-ballads across Mexico is likely to be tried there as well. 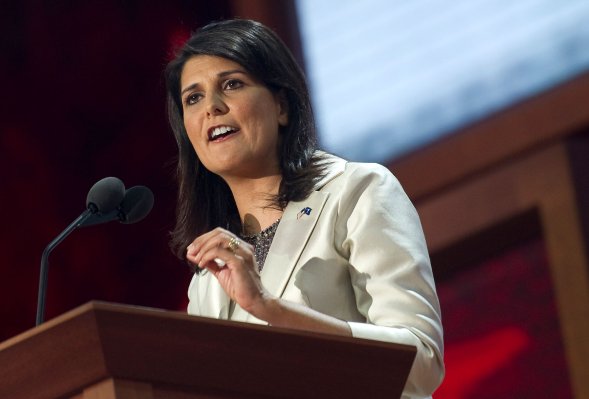