Marco Rubio says he is ready to become the President of the United States.

“I think that’s true for multiple other people that would want to run,” Florida’s junior senator told ABC’s Jonathan Karl on This Week Sunday. “I mean, I’ll be 43 this month, but the other thing that perhaps people don’t realize, I’ve served now in public office for the better part of 14 years. Most importantly, I think a president has to have a clear vision of where the country needs to go and clear ideas about how to get it there, and I think we’re very blessed in our party to have a number of people that fit that criteria.”

Rubio was once considered to be a frontrunner for the 2016 Republican presidential nominee, but his poll numbers have been slipping as of late. He told Karl he’s not paying much attention to those polls (“It’s probably the TIME cover jinx, just like the Sports Illustrated jinx,” he joked, in reference to TIME’s February 2013 cover story on the senator).

During the interview, Rubio also said he did not believe humans have contributed to global climate change and that he would give Hillary Clinton an “F” grade for her job as Secretary of State. Rubio added that if he decided to run for president, he would not simultaneously seek re-election as a Florida senator.

“I believe that if you want to be president of the United States, you run for president,” Rubio said, in a thinly-veiled dig at Republican rival Rand Paul. Republican lawmakers in Paul’s home state of Kentucky recently unsuccessfully tried to pass a bill that would have let Paul run for the presidency and re-election in the Senate. “You don’t run for president with some eject button in the cockpit that allows you to go on an exit ramp if it doesn’t work out,” Rubio added. 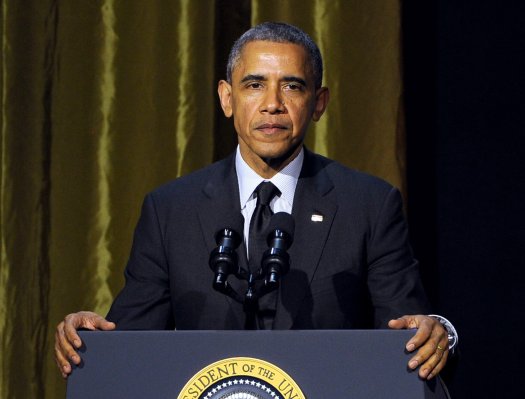