Yemenis gather at the site of a bomb explosion that targeted an army troop vehicle on its way to man a checkpoint on a street leading to two western embassies on May 9, 2014 in the capital Sanaa.
Mohammed Huwais—AFP/Getty Images
By Sam Frizell

The incident comes at a tumultuous time for Yemen’s embattled government. Yemeni President Abdu Rabbu Mansour Hadi has lost popularity among many Yemenis by allowing American drone strikes against suspected al-Qaeda members. The strikes, which sometimes result in civilian deaths, are fiercely unpopular among Yemenis, and militants have stepped up their attacks against the government in response to the drone strikes.

Yemeni officials have remained largely silent about the shootings, though a spokesman for Yemen’s Interior Ministry said Saturday that two non-Yemeni foreigners targeted for abduction fired on their Yemini would-be abductors. Yemeni media did not report at the time that the shooters were American.

The episode could further damage the Yemeni government’s domestic reputation if it is perceived that it covered up the identities of the American officers. 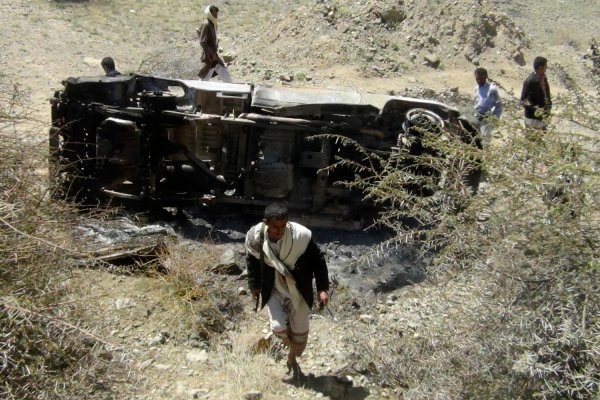