The soldiers, based near Chad, Cameroon and Niger, will work with other security agencies, said a spokesman for the Nigerian military, Reuters reports. The Nigerian air force and local police are already working to locate the girls.

Nigerian President Goodluck Jonathan has been widely criticized at home and abroad for his slow response to the girls’ April 14 kidnapping from a school in the country’s north. Some of the girls have escaped, but more than 200 remain in captivity.

Jonathan said Friday he believes the girls are in Nigeria, despite rumors that they’ve been trafficked across the border to Cameroon or possibly sold as sex slaves.

Michelle Obama condemned the kidnapping in a video address Saturday. “Like millions of people across the globe, my husband and I are outraged and heartbroken over the kidnapping of more than 200 Nigerian girls from their school dormitory in the middle of the night,” Obama said. 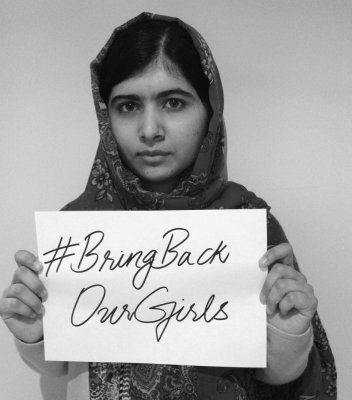 Celebrities Call for Action With #BringBackOurGirls
Next Up: Editor's Pick