Sen. Ted Cruz arrives at the Capitol as the Senate votes to approve a $1.1 trillion spending package on Jan. 16. It may be the last sign of progress for a while.
J. Scott Applewhite / AP
By Alex Rogers

Get ready for gridlock.

Despite the passage Thursday of a massive budget bill to fund the government, Congress is unlikely to pass any other major piece of legislation this year—with the possible exception of a long overdue farm bill. Reforms to immigration policy, the National Security Agency and the health care reform law have been, and will remain, under the purview of the White House. President Barack Obama‘s so-called “year of action” will take place, if anywhere, solely in the realm of the executive branch.

Run down the list of issues, and the cause for pessimism is clear. The Senate last year passed comprehensive immigration reform with the support of 14 Republicans, establishing a 13-year pathway to citizenship for millions for immigrants in the country illegally. But the measure remains dead in the House—the GOP majority will release a set of principles this year, but as National Journal reports, “it will not include any concrete proposal.” A Republican member from Texas spoke up at the party’s weekly luncheon Tuesday only to declare that it was his favorite meeting yet because no one mentioned immigration, a House aide present told TIME.

The immigration reform effort has turned from policy to politics, with Republicans feeling little urgency to pass anything before the midterm elections, even as party leaders fret about another presidential race with Hispanics voting in droves against their party.

Meanwhile, Obama is set to announce executive actions Friday to reform the NSA, Rep. Adam Schiff (D-Calif.) says, and call on Congress to do the rest.

“Many of us are going to be working to do exactly that, but it won’t be easy,” says Schiff, who participated in a meeting with Obama on the issue last week. “[With] our track record, if you were a betting man, you’d have to bet against us.”

Possible reforms include the creation of a public advocate to represent privacy concerns in the secret Foreign Intelligence Surveillance Court and new, increased limits on the NSA’s access to bulk telephone data. But Congress is unlikely to make either change, which privacy advocates say don’t go far enough.

And although reforming aspects of the Affordable Care Act remains a focus for many lawmakers—last week almost 70 Democrats supported a bill that would alert users of breaches involving their personal data—the issue is too toxic on Capitol Hill for any serious movement, especially with the Administration continuing to give Democrats cover by granting exemptions and deadline extensions as it sees fit.

Even the first high-profile legislative fight of the year, extending emergency unemployment insurance—which has the support of the President and the Senate—has faltered. Democrats claim to have a winning issue on their hands, with more than one million Americans losing their benefits, but most Republicans so far aren’t feeling the political pain.

“At this point the Senate seems to appear incapable of passing anything and the President hasn’t proposed anything,” Rep. Tim Price (R-Ga.) says.

The lone bright spot is the farm bill. Rep. Colin Peterson (D-Minn.) told reporters Thursday that his intention is to get a bill drafted by next week. Historically, the bill has been easily renewed, but the last five-year measure was passed in 2008. This year the hurdles include dairy price supports, catfish inspection jurisdiction, and a controversial amendment that forbids states from imposing agricultural standards, such as California’s barring of eggs from states that allow their farmers to pen hens in tiny cages. But even as the two sides appear to be coming together, some remain anxious that things could fall apart. As one Senate Democratic leadership aide put to TIME: “In this environment, I don’t think anything is a safe bet.”

“I don’t think we’re going to be able to generate the kind of trust that you need for the majority of people to look to the government to solve the major problems,” says Rep. Jim Moran (D-Va.), who is retiring this year after 24 years in office. “You probably have at least as good, probably better, shot at making a difference outside the institution than within it today.”

When asked what other bipartisan compromises can be expected after the budget bill passed, Senate Minority Whip John Cornyn (R-Texas) laughed before nodding to the must-pass increase of the debt ceiling: “It’s hard to see a whole lot else being done.” 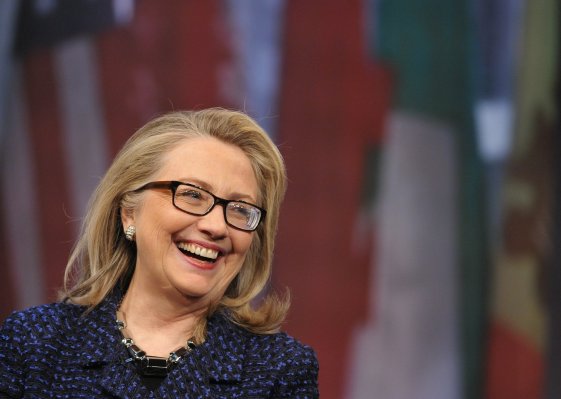 Meet The Women in Clinton's Inner Circle
Next Up: Editor's Pick