10 Times You're Better Off Saying Nothing at All

You’ve probably read before about the key phrases that greatest leaders say every day.

But great leaders are also wise when it comes to the opposite strategy: Sometimes, the smartest thing to say is nothing at all.

I’m not referring here simply to the advice your mother might have given you about keeping your mouth shut if you don’t have anything nice to say. Instead, think of the big moments when people come close to achieving goals, accomplishing great things, or even just developing good relationships and encouraging people to like them more. Sometimes, a simple slip of the tongue can set them back and destroy all they’ve worked for.

It’s the same issue whether we’re talking about negotiations, investigations, or plain old conversations. So, in the interest of preventing us from wishing wistfully that our mouths had been on Mute, here are 10 times when the sounds of silence are the best sounds of all.

1. When the other side in a negotiation starts debating against itself.

Sometimes people get into a spiral of bad negotiating tactics. They wind up outsmarting themselves–perhaps making an offer and then rejecting their own offer because they think you won’t take it. Imagine a customer who opens a conversation by saying that he understands you can’t cut the price on your product before asking for some smaller concession–and then maybe even convincing himself that even that’s too much to ask for.

For a fun, extreme example of this in action, see this video from The Princess Bride. Often your best move in that situation is to keep your mouth shut and simply stay out of their way.

2. When you’ve asked a question.

We all know these people, right? They ask questions but can’t wait for you to finish so they can offer their own viewpoint. Sometimes they don’t even bother waiting and instead try to hurry you along with verbal cues–“uh-huh, uh-huh, right, right, right…”

When they asked for advice, what they really meant was, “Let’s fast-forward to the part where I tell you what I think, instead.” Don’t be like them. To paraphrase baseball great Yogi Berra, you can observe a lot by watching, and you can also learn a lot by listening.

3. When the other side misunderstands (and you don’t have a duty to talk).

A lawyer once told me about selling a client’s company. To make a long story short (lawyers love that phrase), the negotiation went much more smoothly than she’d expected. Eventually, she realized this was because some whiz-kid M.B.A. on the other side of the table had made a simple math error. That led him to overestimate vastly how much money the acquiring company would likely make after the deal was done.

The lawyer was overcome with apprehension, until she realized the right thing to say: nothing at all. That way, she wouldn’t be breaching her duty not to misrepresent facts to the buyer, but she also wouldn’t do anything to scuttle her client’s deal. The moral of the story is that you don’t always have an obligation to correct someone else’s mistakes.

4. When you don’t have any idea what you’re talking about.

Silence is awkward. As a result, people often rush to fill it. I used to use this tendency to my advantage when I was a trial attorney taking depositions in civil cases. Sometimes, I’d ask a witness an open-ended question, and even though the witness’s tone of voice suggested he’d finished his answer, I’d just continue to wait expectantly, as if anybody with half a clue would understand he had to keep it coming. Sometimes, the witness would keep going and dig himself a bigger hole.

You never have to fill a silence, especially when you don’t have anything useful to fill it with. (In those cases, it’s true: Everything you say may well in fact be used against you.)

5. When you need someone else to get the credit.

As President Harry S. Truman once said, you can accomplish just about anything if you don’t care who gets the credit. Sometimes, that means staying quiet just long enough for someone else to think of your solution and propose it as his or her own.

6. When you are bragging, as opposed to sharing.

This one is among the scourges of social media. Go on Facebook, for example, and sometimes it seems as if everyone you know is eating well, taking amazing vacations, running marathons, and enjoying storybook relationships.

Is all of this about social sharing or social bragging? If you find you’re leaning toward the latter with the things you talk about, maybe it’s time to be quiet.

7. When your comment is more about you than the other person.

Suppose your co-worker Sally is excited for her plans for the weekend. You catch yourself ready to tell her about a better place than what she’s planned or why she should take her trip on another weekend–maybe when the weather is better, when the traffic will be less hectic, or when she’ll have fewer competing commitments.

Aw, that’s really nice of you–as long as you’re sure your comments are truly intended to improve her experience or offer good advice. If there’s a chance you’re commenting out of jealousy or pride, however, maybe you’d be better off zipping it.

8. When you want someone else to grow.

This is a similar point to when you want someone else to get the credit for a good idea. If you have a second grader in your family, chances are you could do her homework for her without much effort. But what would be the point? You want her to learn and grow, which means she has to be the one to come to the conclusions on her own.

The same thing is true in many other circumstances. Instead of leaping forward to answer a thoughtful question that you know the answer to, sometimes it makes sense to hold back and let others figure it out.

9. When you are clearly boring people.

I admit it. I’ve got what’s called “the Irish gift of gab.” I enjoy telling stories. My wife laughs at how often I seem to wind up telling total strangers the story of how she and I met and got together. It’s a good one, though! You see, we’d gone to college together and dated for a while, but then broke up…

OK, I’ll hold off on it for now, and that’s the point. Most of us can tell when we’re holding court for an audience that simply couldn’t care less. In that case, cut it short, wrap things up, and stop talking.

I love this example, and it’s something I first put into practice when arguing appeals in court.

Whenever I give a speech, I try to start out with a long, uncomfortable pause. Doing so puts the audience ill at ease for a moment and gets them rooting for you. They worry that you’ve lost your notes or that you’re about to keel over from a panic attack. That way, when you start talking, you’ll have at least a few of them on your side, happy that at least you haven’t made them witness an embarrassing meltdown (h/t, Winston Churchill). 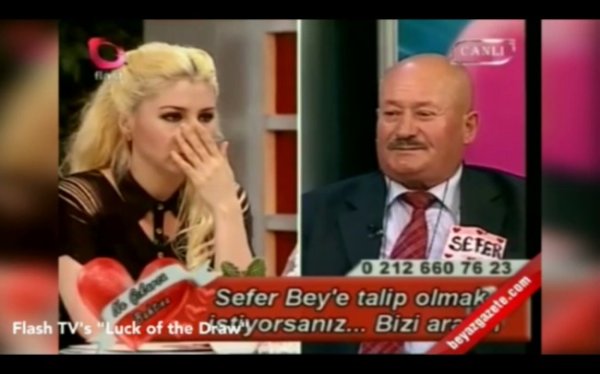 Dating Show Contestant Reveals He Murdered Wife And Mistress, But Is Still Looking For Love
Next Up: Editor's Pick