A black dehorned rhinoceros is followed by a calf on August 3, 2012 at the Bona Bona Game Reserve, southeast of Johannesburg, South Africa. The western black rhino subspecies (not pictured) has now been officially declared extinct.
Stephane De Sakutin—AFP/Getty Images
By Denver Nicks

The Western black rhinoceros has officially been declared extinct by the International Union for Conservation of Nature (IUCN), the world’s largest conservation network.

A subspecies of the black rhino, native to Africa, the Western black rhino was last seen in 2006.

The black rhino is listed as “critically endangered” by the IUCN, which warns the northern white rhino is “teetering on the brink of extinction,” CNN reports.

“In the case of the Western black rhino and the Northern white rhino, the situation could have had very different results if the suggested conservation measures had been implremented,” said Simon Stuart of the IUCN.

A Texas hunting group, the “Dallas Safari Club” drew criticism last month when it announced plans to auction off a permit to hunt a black rhino, which the group said would aid in conservation efforts. Roughly 70,000 black rhinos lived in the wild in 1960. An estimated 4,000 remain today.

Editor’s Note: After publication of this article, CNN updated its story to note it was originally published in 2011. 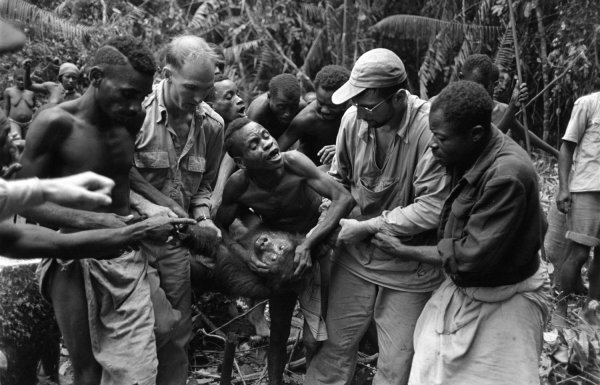