America’s most visited stores are popular for a variety of reasons. According to data provided by Placed, a consumer habits data service provider that monitors behavior of more than 150,000 American consumers at 150 million locations daily, the most popular brands are primarily in the fast-food, discount retail and pharmacy segments.

Half of the most visited retailers are fast-food chains. Placed founder and CEO David Shim explained that while you don’t need household supplies every day, “three times a day or more you need to eat, so there’s a higher propensity to visit these types of businesses.” The lower price per transaction at fast-food chains compared to other retailers also helps them to attract consumers, Shim noted.

Consumers also regularly shop at the country’s biggest drugstore chains and big-box retailers. In addition to selling widely purchased goods, these retailers have the most locations in the country. Walgreens, 7-Eleven and CVS Caremark all had more than 7,000 U.S. locations in 2012, among the most stores nationwide. Food chains were even more numerous. Subway, McDonald’s and Starbucks were all among the top five companies by store count, each with well over 14,000 U.S. locations in 2012.

Placed found that consumers’ habits differed considerably by gender and income level. “Fast food typically tends to skew more men than women,” Shim said. In contrast, retail shoppers skew female. While men and women were equally likely to go to Starbucks, shoppers at Target were 16% more likely to be women, and Taco Bell diners were 13% more likely to be men.

Americans making more than $100,000 per year were on the whole were more likely to shop at big-box retailers and drugstores than those making between $25,000 and $100,000. On the other hand, consumers making less than $25,000, were more likely to eat at three of the most popular fast food restaurants — Burger King, McDonald’s and Taco Bell — than those making more than $100,000.

To determine the nation’s most popular stores, 24/7 Wall St. reviewed data from location analytics company Placed. Placed calculated the percentage of Americans who visited various stores in March 2014. The group also provided demographic and socioeconomic data on customers for various retailers and restaurants. These are indexed to a base of 100, representing the average American consumer. We also reviewed 2012 U.S. sales and store count data from the National Retail Federation’s Stores.org, as well as advertising expenditure figures from AdAge covering 2011 and 2012.

These are America’s most popular stores:

Wal-Mart Stores Inc. is far and away the nation’s largest retailer, with nearly $329 billion in U.S. retail sales in 2012. Unlike many other popular destinations, Americans earning more than $100,000 a year were far less likely to visit Walmart than the average American. Walmart continues to grow, having increased its U.S. store count 3.3% to 4,570 locations in 2012. Walmart spent $1.8 billion on advertising in 2012, effectively unchanged from the year before, but still more than all but a handful of companies.

McDonald’s was by far the most visited fast-food restaurant in the nation in March. Although McDonald’s remains hugely popular, its U.S. same-store sales declined by 1.7% this quarter from the same quarter the year before, with reports citing slowing service times and heightened competition. Among the company’s plans to draw diners back to its stores is the recent unveiling of the newly redesigned Ronald McDonald, which attempts to make the icon more contemporary and less clown-like. Like several other popular stores, McDonald’s Corp. has among the nation’s largest advertising budgets, spending $1.4 billion on ads in 2012, up 4.2% from a year before.

Among restaurants, Subway trails only McDonald’s in popularity. While more Americans visit the Golden Arches, by the end of 2010 Subway actually passed McDonald’s in the number of stores globally, at 33,749. Subway’s expansion continued in 2012, with the number of stores growing 3.5% that year, among the biggest increases nationwide among major chains. Subway spent nearly $545 million on advertising in 2012, up 6.1% from the year before, and more than most other U.S. companies.

Starbucks Corp. has dominated U.S. coffee sales for years. Its sales have generally continued to grow since its initial public offering in the early 1990s. The coffee chain has changed its product lineup in recent years, introducing a range of foods, including a larger breakfast and lunch menu. The stores also continue to attract coffee drinkers with its free Wi-Fi. Unlike many other popular stores, Starbucks is less segmented by gender or age. As David Shim explains, “Everyone wants coffee.” However, unlike others in the food sector, shoppers making more than $100,000 were far more likely — 58% — to buy cup of coffee at Starbucks than those making less than $25,000.

As with many retailers, Walgreens was more popular among women than men. Women were 11% more likely to visit Walgreens than men. The company expanded faster than many others recently, with the number of Walgreens locations growing by 2.2% between 2011 and 2012. Walgreen Co. — the largest pharmacy operator in the nation — was fined $80 million by the Food and Drug Administration last year for failing to properly control distribution of dangerous drugs. According to The New York Times, this was the largest fine ever paid by a pharmacy chain at the time.

Visit 24/7 Wall St. to see the remaining stores on the list. 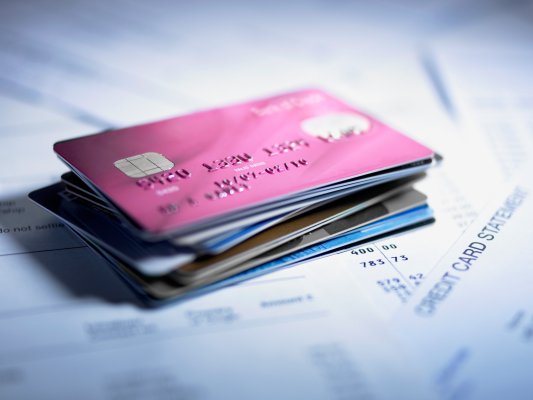 5 Super Simple Tricks to Lower Your Credit Card Bill
Next Up: Editor's Pick