Pope Francis meets UN Secretary General Ban Ki-moon and members of UN System Chief Executives Board for the biannual meeting on strategic coordination in the Consistory Hall of the Apostolic Palace in Vatican City on May 9, 2014.
Osservatore Romano/EPA
By Dan Kedmey

Pope Francis on Friday renewed his call on global leaders to redistribute wealth from the rich to the poor.

Francis made his plea during an address to U.N. Secretary-General Ban Ki-moon and other U.N. leaders gathered in Rome for an audience with the pope, CBS News reports.

Railing against an “economy of exclusion,” Francis called for a state-led global initiative to close the widening gap between rich and poor through redistribution.

“Specifically, this involves challenging all forms of injustices and resisting the economy of exclusion, the throwaway culture and the culture of death which nowadays sadly risk becoming passively accepted,” Francis said.

The comments were in keeping with the Pope’s previous critiques of income inequality at the World Economic Forum in January and in a private March meeting with U.S. President Barack Obama.

The Pope and Ban skirted the issue of an ongoing U.N. investigation into the Vatican’s handling of sexual abuse cases and briefly touched upon the Catholic church’s stances on birth control and abortion. 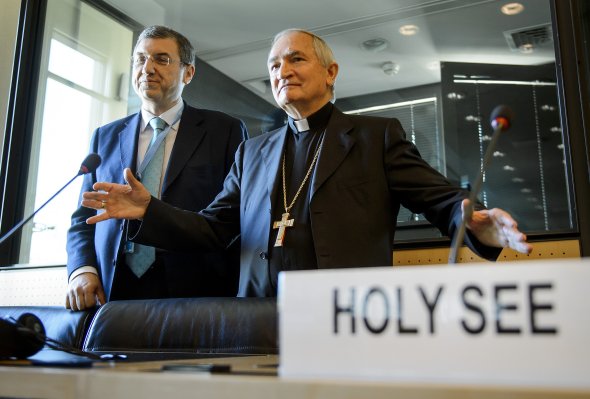 Vatican Punished Thousands of Priests For Sex Abuse
Next Up: Editor's Pick