DIY Photography, a popular photography blog, recently uncovered Amazon’s filing of a patent that would, if enforced, essentially give Amazon the intellectual rights to taking pictures in front of seamless white backgrounds.

The patent—titled “Studio Arrangement”—was filed in 2011, and detailed what’s essentially been the accepted method of taking studio photos against a white backdrop. As TechDirt reports, the highly technical process detailed in the patent goes something like this:

…Not exactly rocket science, to be sure. The specifics listed in Amazon’s filing, however, would appear to render the patent itself unenforceable, as they’re not hard to get around. But that begs the question: Why even file in the first place? 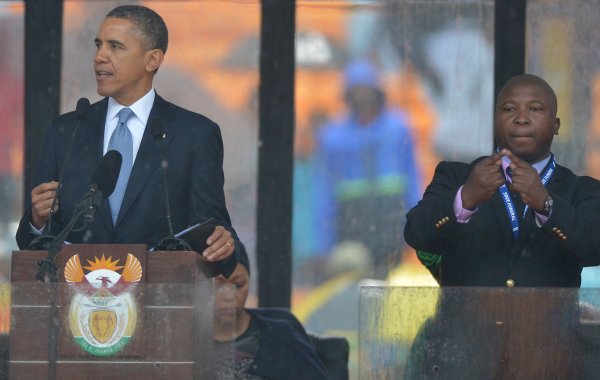 This Startup Paid the Fake Sign Language Interpreter From Mandela's Funeral a Ton Of Money to Star in Its Ad
Next Up: Editor's Pick