If the whole politics thing doesn’t end up working out, Toronto Mayor Rob Ford — you know, the guy who admitted smoking crack — might just have a future as a hip-hop producer.

At a South by Southwest fundraiser for Toronto artists this weekend, Ford played DJ and laid down some sick beats before a very enthusiastic audience. A good DJ knows how to get a crowd pumped up, and Ford seems to know how to do that better than anyone. So, if his attempt at re-election doesn’t pan out, it’s nice to know he’s got a solid fallback. 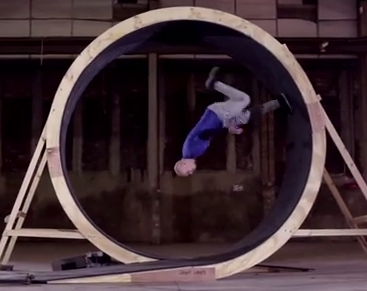 Watch This Stuntman Run a Loop-The-Loop
Next Up: Editor's Pick