Rep. Trey Gowdy, R-S.C., chair of the newly formed select committee to investigate the State Department's handling of the 2012 attack in Benghazi, speaks on his phone as he walks to the Rayburn House Office Building on Wednesday, May 7, 2014.
Bill Clark—CQ-Roll Call, Inc.
By Michelle Arrouas

The House of Representatives voted on Thursday to establish a select committee to investigate the 2012 Benghazi attack.

The Republican-led House voted 232-186 in favor, nearly along party lines.

Speaker John Boehner said that the committee will be led by South Carolina Republican Rep. Trey Gowdy. The six other Republican members will be announced soon.

The Democrats, who hold five seats, are still deciding whether to boycott the committee over concerns that it is partisan, a fear that John Boehner dismmissed.

“This doesn’t need to be, shouldn’t be, and will not be a partisan process,” he said in a statement.

The select committee will investigate the attacks on the American embassy in Benghazi, Libya, on September 12, 2012. Around 60 individuals stormed the embassy and killed four persons, including the ambassador Christopher Stevens.

At first there were reports that the assault on the embassy was spontaneous, sparked by protests over an anti-Muslim film produced in the U.S. Later reports showed that the assault was an organized terrorist attack.

The Republicans are accusing the Obama administration of giving U.N. ambassador Susan E. Rice politicized talking points with which to explain the event, in a bid to protect the President’s national security record ahead of the 2012 presidential election. 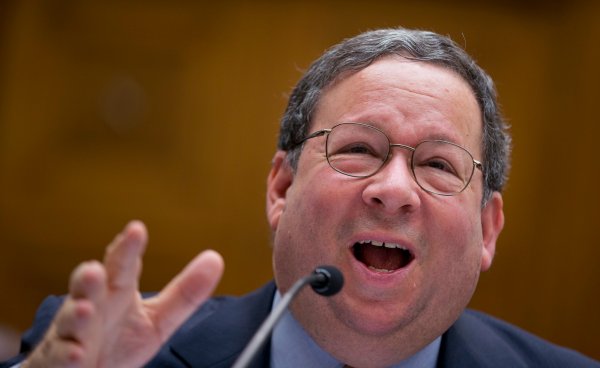 Cable Guys Grilled Over Merger
Next Up: Editor's Pick