Katie Couric: "I Am An Activist"

During an interview about the movie Fed Up, which I executive produced and narrated, I was asked by Andrew O’Hehir of Salon.com if I was an activist. I demurred at the suggestion, saying instead I was a strong feminist but never really thought of myself as an activist per se. A few days later, I decided to look up the true definition of the word “activist” (thank you, dictionary.com). It’s defined as “a vigorous advocate of a cause, especially a political cause.” So now I’d like to reconsider my answer: maybe I am an activist. But I don’t think our children’s health is a political issue. This shouldn’t divide us—it should unite us.

More than three years ago, after interviewing filmmaker Stephanie Soechtig, I asked her if she would ever consider doing a documentary on childhood obesity. I was troubled by the alarming statistics and never ending studies that showed this country growing heavier and heavier. In a country obsessed with diet and exercise, how could we be getting so unhealthy? Could this really just be about things like portion size and a more sedentary lifestyle?

I thought a comprehensive examination about how we got here would be the first step to understanding the problem and finding some solutions. Stephanie agreed to look into the issue and what she discovered was disheartening, frustrating, even infuriating. We then tapped Laurie David, the Oscar-winning producer of An Inconvenient Truth, and we were off to the races. Three years later we got to the finish line…and it was not a happy ending. We are in trouble as a nation and we need to do something. Fast.

This is the first generation of children expected to live shorter lifespans than their parents. If that doesn’t upset you, you have ice water running through your veins. The mantra of “eat less, exercise more” just doesn’t seem to be cutting it, though no one disputes the importance of fitness for your overall health. But it’s really about the food we’re eating every day and the sugar that’s hidden in so much of it.

Incredibly, from 1977 to 2000, Americans doubled their daily intake of sugar. The only reason it started to decline after 2000 was because of the increasing use of high fructose corn syrup – which, by the way, is metabolized by our bodies exactly the same way as sugar.

The American Heart Association recommends we eat no more than 6-9 teaspoons of added sugar each day, but the average American consumes about 22 teaspoons, often without even knowing it. That’s because 80% of the products you’ll find on grocery store shelves contain added sugar, even items like tomato sauce, yogurt, and salad dressing. Low fat often translates into high sugar. Furthermore, sugary snacks and beverages are now ubiquitous: they’re being hawked in gas stations, toy stores, and office supply stores, often by appealing cartoon characters basically shouting “eat us, eat us” at every turn.

Is it any surprise then that while there were zero reported cases of Type 2 diabetes among adolescents in 1980, by 2010, there were close to 58,000 American kids with the disease? Clearly, we can’t continue on this trajectory.

Marketing also plays a key role in this epidemic. Studies show that on television alone, American children are exposed to 21 advertisements an hour, with junk food commercials leading the pack. In this country there are no restrictions on how we can market food to kids, but places like Britain and Greece are reining in food advertisers, and Denmark has gone so far as to outlaw junk food commercials.

When we send our kids off to school, the food they are getting is not exactly good fuel for learning. In fact, 50% of school districts allow fast food to be served in their cafeterias. How many kids do you know who would choose broccoli over pizza when given the choice?

First Lady Michelle Obama deserves a great deal of credit for bringing attention to this issue, and she is certainly making strides by phasing out sugary drinks and junk food from school vending machines starting this summer. But much more needs to be done. So often, any potential step forward by the government is met with an onslaught of assaults by the food industry’s powerful lobbying groups.

I’m confident Big Food will respond to Fed Up with calls for personal responsibility and cries of an impending “nanny state.” Food and beverage executives don’t want the government telling us what to eat and drink – they think that’s their job! After all, the industry has been dictating our palate preferences for years with their highly addictive products.

This isn’t an issue that affects only those Americans struggling with their weight. The unintended consequences of this obesity crisis are staggering. Our military preparedness is in jeopardy because 27% of 17- to 24-year-olds in this country are too overweight to serve. Obesity-related health care costs are out of control, totaling between $150 and $200 billion annually. Our academic performance and global competitiveness are being compromised, because better nutrition leads to higher grades and increased productivity.

But all is not lost. If we send a message to the food industry with our forks, if we tell them we want minimally processed, less sugar-laden foods, they will be forced to respond accordingly to protect their bottom lines.

My hope is that viewers will walk away from Fed Up with a renewed perspective on our food environment, and armed with the will and the tools necessary to immediately change the way they’re eating and feeding their families. Our individual and collective futures depend on it. So call me an advocate, an activist, a journalist who wants to deliver information or just a concerned citizen. We need to to have a serious conversation about food in this country…before we take another bite. 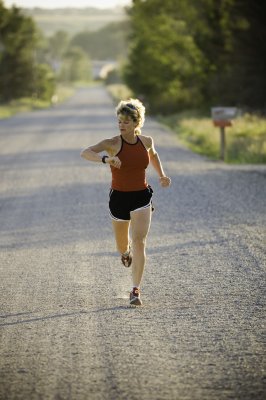 Exercise Snacking: How to Make 1 Minute of Exercise Work Like 30 Minutes
Next Up: Editor's Pick