Huh? America's Best-Selling Car Isn't Purchased By the Most Drivers

A new 2013 Honda Accord is shown on the sales floor at Sport Honda in Silver Spring, Maryland Sept. 17, 2012.
Gary Cameron—Reuters
By Brad Tuttle

Toyota sold over 40,000 more Camrys in the U.S. than its nearest competitor, the Honda Accord. But Honda is making hay that the Accord was actually the car bought by more Americans last year.

The year’s best-selling car, meanwhile—meaning a sedan, not a truck—was the Toyota Camry, a title the model has held for more than a decade. The official count had it that 408,484 Camrys were sold in the U.S. in 2013. The Honda Accord took the next spot in the best-seller list, with 366,678 sales in the U.S.

Yet this week, Honda announced that the Accord, in fact, was “#1 in Retail Sales in 2013.” The automaker also boasted that three other models, the Civic, CR-V, and Odyssey, were the “retail sales leaders in their respective segments in 2013.”

Honda’s claims are based on registration data compiled by Polk-HIS. Why is it that this data differs from the other official sales count reported by automakers? The key word in Honda’s claims is retail. USA Today quotes John Mendel, executive vice president of American Honda saying, “At retail, we’re No. 1.”

(MORE: We’re #1! Toyota and Ford Bicker About Who Has the World’s Best-Selling Car)

Honda prides itself in the fact that nearly all sales in the U.S. are conducted at the retail—i.e., individual—level. More than 98% of Accords (and all Hondas) sold in the U.S. are purchased by individual buyers. You know: regular people going into dealerships and, well, making deals. By contrast, only 84% of Camry sales in the U.S. reportedly take place at the individual retail level. The rest of the sales are what are known as “fleet” sales—purchases made in bulk, typically for use by rental car companies and other corporations. So, in terms of standard retail transactions, Toyota moved 342,007 Camrys last year, lower than the yearlong tally for Accords.

In a press release sent out in July, when Honda took the moment to point out that the Accord, Civic, CR-V, and Odyssey were all leading their segments in retail sales at the mid-point of 2013, Mendel explained, “Our strategy is unique among volume automakers, as we are focused on selling vehicles to individual car buyers and not corporate sales to fleets, which is why Honda vehicles have among the lowest cost of ownership and highest resale values in the industry.” 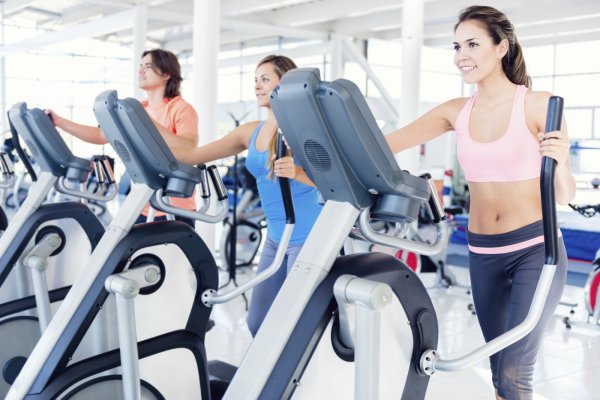 7 Workout Habits You Should Drop Now
Next Up: Editor's Pick