Political candidates and committees can accept contributions in the form of bitcoin, a regulator said Thursday, the first time the digital currency has been formally blessed for political spending.

The Federal Election Commission unanimously agreed that political committees can legally accept bitcoin donations under $100, acknowledging that the digital currency counted as a broadly defined “contribution.” Responding to an inquiry from the Make Your Laws PAC, the commission said political committees could accept a limited bitcoin donation as long as it could identify the donor. In the opinion, which amounts to a guideline but not a law, the FEC also said political action committees could invest in bitcoin as they might stocks.

But the FEC stopped short of allowing PACs to spend bitcoin, requiring instead that PACs convert them into dollars first first. The FEC is notorious for its gridlock and lax enforcement of existing campaign finance regulations, and its decision doesn’t necessarily mean political committees won’t test and stretch the limits by using bitcoin for more political spending.

Commissioner Ellen Weintraub, a Democratic appointee, told the Washington Post that the $100 limit—a figured proposed in the Make Your Laws inquiry—facilitated the decision.

“The $100 limit was really important to us,” said said. “We have to balance a desire to accommodate innovation, which is a good thing, with a concern that we continue to protect transparency in the system and ensure that foreign money doesn’t seep in.” 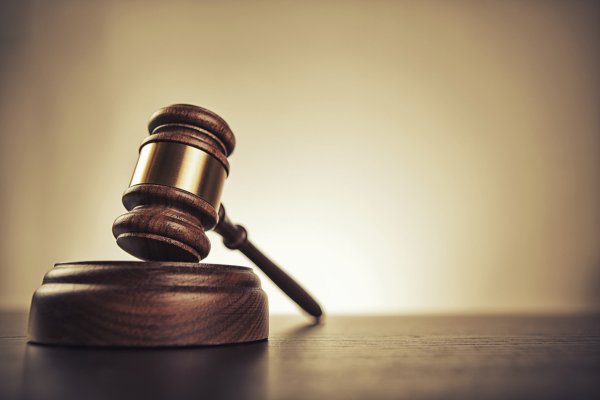