3 Next-Gen Plug-In Cars That Could be Game Changers

The biggest complaints about electric cars are that they’re too expensive or have limited driving range, or that don’t have enough space for hauling gear or a family.

In one way or another, all of these issues are being addressed in forthcoming new versions of the Nissan Leaf and Chevy Volt, and a new plug-in hybrid Chrysler Town & Country—yep, a minivan—planned to hit the marketplace in the near future.

The Next Nissan Leaf
The second version of the Nissan Leaf, introduced in early 2013, addressed the sticking point for a lot of drivers who weren’t yet convinced to bite on an EV: By dropping the Leaf’s base price by over $6,000, Nissan was able to make a purely electric-powered car affordable, starting at under $19,000 once incentives were factored in.

The third-generation Leaf, due to hit the marketplace sometime around 2017, as reported by Automotive News, is expected to have a dramatically improved battery and therefore, a dramatically improved driving range. The goal is for the next the Leaf to have a driving range of 186 miles before needing a charge, up from 73 miles originally and 84 miles on a full charge for the 2014 version. If and when that happens, Nissan will be able to make a much stronger argument that the Leaf is truly affordable and practical.

The Next Chevrolet Volt
Car and Driver offers a sneak peak of the new plug-in hybrid Volt, which is expected on the market for the 2016 model year—and which gives drivers improvements in electric driving range and a cheaper base price to boot. Not long ago, General Motors announced that the price of the next Volt would start at around $30,000 before incentives, around $10,000 less than the original model. The driving range when powered strictly by battery, meanwhile, is expected to jump from 38 miles today to 50 to 60 miles in the forthcoming Volt—though likely only for a 2016 Volt with an optional more powerful (and more expensive) battery.

The Plug-in Chrysler Town & Country
Bigger, heavier cars need more power to operate, which makes the prospect of a battery-powered large vehicle problematic. The lithium batteries now in use are exceptionally heavy, and bigger vehicles would require bigger, heavier batteries—which in turn would weigh the cars down further. At some point, the math doesn’t add up, with prices for larger hybrids and EVs getting so high as to become impractical. That’s why the vast majority of EVs (and hybrids for that matter) are on the small size, and why they employ as many technologies and strategies as possible to keep their weight down.

Nonetheless, Fiat Chrysler just announced plans for a plug-in hybrid minivan, a first-of-its-kind Town & Country model that’s expected to get an astounding 75 mpg (or rather, the equivalent with electric and gas power combined), available for purchase around 2016. Chrysler anticipates its lineup will include a full-size plug-in hybrid crossover SUV by that time as well.

What’s curious is that Chrysler’s announcement comes at a time that, as USA Today noted, many automakers are pulling the plug on fuel-efficient hybrid versions of big SUVs such as the Cadillac Escalade and Chevy Tahoe due to poor sales and lack of interest from buyers. The most common reason cited for the failure of such models is that they were just too expensive to justify the bonus of getting a few more miles to the gallon.

The takeaway for Chrysler is that the next-generation large hybrids it’s rolling out must be vastly more fuel efficient than their traditionally-powered counterparts (that looks to be the case, with the 75 mpge figure), and they must avoid being astronomically expensive (we’ll have to wait and see). 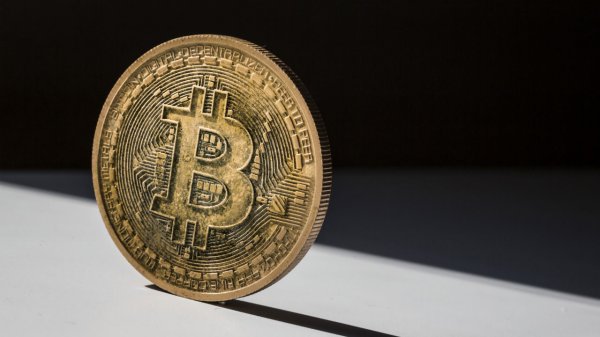 Politicians Can Now Accept Donations in Bitcoin
Next Up: Editor's Pick