Stay-at-Home Moms: Not Who You Think They Are

The phrase Stay At Home Mother generally conjures up two images: the nice Midwestern mom with a car pool and a husband with a nine-to-five, or the highly educated former career woman now channeling all her hard-won achievement and scholarship into finding the exact right kind of juice box and organic cheese stick. But the data keeps suggesting that both these images are off the mark. Increasingly, the stay at home mother is beginning to look like a woman who doesn’t have too many other choices.

This is not to say that most stay at home moms are only staying home because they’re no good at anything else. Rather, it’s that an increasing proportion of the women looking after their kids full time are having a tough time of it. They can’t find well-paid work and they can’t find childcare that would make less than well-paid work worthwhile. Average weekly child care expenses rose more than 70% from 1985 to 2011, according to the Census Bureau. Wages, especially for women with only a high school education, did not rise at nearly that rate.

Of course there are some übermoms–women willingly reining in their considerable earning potential to look after their offspring. Who are they? Opt-out mothers, by Pew’s definition, have a postgraduate degree, an annual family income of more than $75,000, a working husband, and they say they are out of the workforce in order to care for their family. And despite all the media attention on these women, there aren’t very many of them. According to an analysis from Pew Research, a very, very small percentage of home-based mothers are highly educated and affluent. “Just 1% of the nation’s 35 million mothers ages 18 to 69 who are living with their children younger than 18,” are the so-called opt-out moms, notes Pew in analysis released on May 8.

In fact, only 4% of all stay-at-home moms are in this highly educated category. According to Pew, only about 10% of women with such qualifications decide to stay home. And almost 90% of those say they intend to return to work and historically 70% of them do, after about an average of two and a half years.

So let’s take stock: A tiny percentage of moms are extremely highly educated and affluent and have chosen to raise children full-time. Most of them are only stepping out of the workforce fleetingly. This is what all the cover stories and books have been about?

The other end of the stereotype—the midwestern mom with her traditional values—is also misleading. Guess which state has the lowest proportion of stay-at-home mothers? If you picked South Dakota, come to the front of the room and collect your prize. I know I didn’t. But according to an interesting study on the history of the working mother by Ancestry.com using Census data, 80% of mothers in the Mount Rushmore state work outside the home, the highest in the nation. Conversely, California has one of the lowest rates of working mothers: 62%.

Check where your state falls here:

So what are most stay-at-home mothers like? The Pew Report released a few weeks back paints a darker picture. A third of them were not born in the U.S. Half of them are not white. Almost half of them have a high school diploma or less, 20% are single mothers and 7% have husbands who were unemployed in the 12 months prior to 2012. More than a third of them live in poverty. Stay-at-home mothers’ education levels have risen across the board in the last 40 years, but the share of them living in poverty has more than doubled.

Most Americans still think that having a mother at home full-time and a father at work is the most optimal arrangement for raising a family. But increasingly, that arrangement is also becoming untenable or unrealistic. So next time you see a headline saying More Women Are Staying Home To Raise Kids,” you might want to brace yourself for what that story is really going to say. 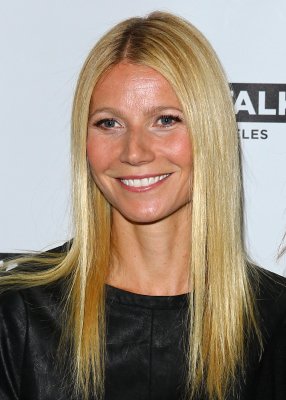 Gwyneth Paltrow Attempts to Consciously Uncouple From the Mommy Wars
Next Up: Editor's Pick