Updated at 4:15 p.m.: Various news outlets are reporting that the United States Luge Association has confirmed to Inside Edition that the video is a stunt organized by Jimmy Kimmel and that the athlete, Kate Hansen, will Skype with the late-night host.

Athletes and journalists at the Winter Olympics in Sochi have been complaining about everything from two toilets in a bathroom stall to discolored water. Now, Kate Hansen of the U.S. Olympic Luge team has uploaded a YouTube video of “an intruder” outside of her dorm room. “I’m pretty sure this is a wolf wandering my hall in Sochi,” she writes on her YouTube page. The video has gone viral, racking up more than 700,000 views and more than 2,000 retweets.

But because Sochi is known for stray dogs roaming the streets, it is more likely Hansen saw one of those.

PHOTOS: The Stray Dogs of Sochi 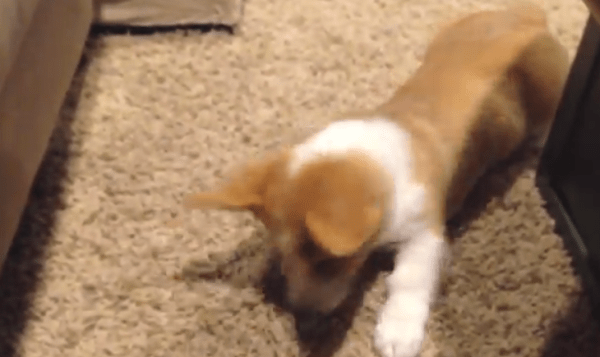