Jilted by suitors, insulted by her older sibling, pitied by her parents: there’s a reason Lady Edith, Downton Abbey’s middle sister to end all middle sisters, has a reputation as a sad sack.

But as the show’s fourth season, set in 1922, kicks off for U.S. viewers, things have started to change for Edith–and not just because one sister is dead and the other’s a widow. She’s the latest fictional fighter in the history of women’s rights, an ur–career woman and the precursor to Mad Men’s Peggy Olson and Masters of Sex’s Virginia Johnson.

“She would have been the most conventional of the three girls,” says Laura Carmichael, the actress who portrays Lady Edith, “but those opportunities weren’t there for her. This has forced her to think for herself and make these big decisions and get a job, which I love.”

Lady Edith’s ascension to feminist fan favorite began in earnest last season, when she decided that if she was going to be a spinster, she might as well be a gainfully employed spinster who writes about modern womanhood. The Huffington Post has called her the “Liz Lemon of her time,” and in Cosmopolitan she’s a “feminist vixen”–an evolution that continues this season. One of the primary pleasures of Downton is the way the show uses its characters to illustrate social history, and from the contemporary vantage point, it’s easy to muster a “You go, girl” for a woman making what looks like obvious progress.

But–as with most fictional characters tasked with standing in for an era–her position as a feminist role model is less than rock-solid. According to Susan Kent, a historian of gender and British history, Edith’s story line doesn’t quite do justice to the complexities of 1920s British feminism.

“What we see in the years immediately following the war is an almost immediate and quite serious backlash against the gains women had made,” Kent says. “You have Edith going to become a journalist, but what you don’t see are the efforts to get women back into the home as quickly and as completely as possible.” That included, she adds, physical violence against women who were perceived to be stealing jobs. Downton doesn’t treat all its female characters gently–as an episode involving maid Anna recently demonstrated–but Edith’s nascent feminism has thus far gotten kid-glove treatment.

That whitewashing is, to an extent, historically accurate: Edith’s money and class insulate her from the rough edges of change. Carmichael says she’s always aware that Edith’s high station gives her the confidence to expect others to care about what she says, a trait that carries her into journalism. And while Edith shocked herself in this season’s premiere by dining at a restaurant with a man, well-to-do women had been seen in London cafés before the war. “People like Edith could have gotten away with it,” Kent says, “because she came from a level of society that was regarded as irreproachable.”

Edith’s victories are not those of women everywhere; they’re those of a very specific kind of woman. She illustrates not only the growth of feminism but also the non-period-specific fact that money can buy almost anything, including influence. So is fan excitement about Edith’s emerging independence a case of viewers getting ahead of themselves?

Not entirely, Kent says. University-educated, upper-middle-class women were beginning to make progress in that time, and that’s worth the excitement. It’s just important to remember that they did it in the face of opposition that was far more serious than the harrumphing of a father or the marital woes of a potential beau–and that they had a long way to go.

At least one of Edith’s boosters keeps that in mind. “I was talking about this with someone recently–the 1920s–and they were saying, ‘Do you hark back to that era?’ Goodness no!” Carmichael says. “The opportunities that we have as women today are so much greater.” 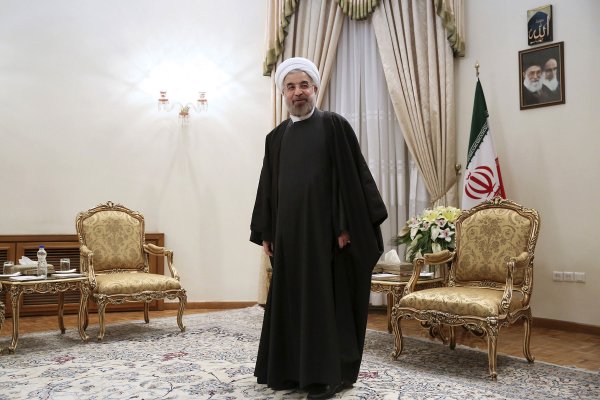 A New Beginning in Tehran
Next Up: Editor's Pick