We’ve come to assume that just about any bug we’re saddled with–from strep to staph–can be wiped out with a quick round of antibiotics. But in the U.S. alone, roughly 2 million people every year get infections that can’t be treated with antibiotics, and 23,000 of them die as a result. The bacteria to blame, so-called superbugs, are now present in every corner of the planet, according to a landmark report from the World Health Organization (WHO). In some countries, about 50% of people infected with K. pneumoniae or E. coli bacteria won’t respond to our most powerful antibiotics, say global health experts. That means doctors are increasingly running out of the ammunition they rely on to fight these harmful microbes.

Bacteria have been evolving to resist the drugs designed to kill them since the first antibiotic was discovered in 1928. But our overuse of antibiotics in farming, prescription drugs and antibacterial soaps has supercharged the process. The April 30 WHO report was a sober warning of a dire future, but globally, some efforts are showing promise.

France used to have the highest rate of antibiotic prescription in Europe, but a government campaign helped lower the number of doctor-issued Rxs by 26% in six years.

In Sweden, regulations to phase out preventive use of antibiotics in agriculture–in which low doses are given to keep animals healthy and plump–cut sales of the drugs for farming by 67% since 1986. The Netherlands and Denmark have also restricted antibiotic use on livestock.

Progress in the U.S. has been slower. The Food and Drug Administration recently issued guidelines on reducing antibiotics in farming, but they are voluntary. The agency is also taking steps to curb use of antibacterials in some consumer products, requiring manufacturers to prove that antibacterials are better than simple soap and water in keeping germs at bay.

Before antibiotics, something as minor as a cut or a sore throat could be a death sentence. The recent measures are small steps in the right direction, but much more needs to be done. 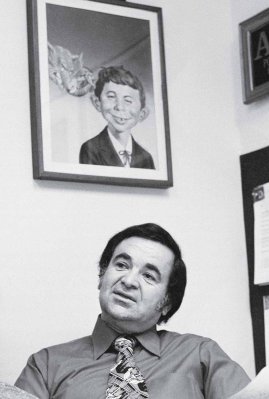 Al Feldstein
Next Up: Editor's Pick