Godzilla, Into the Storm and More Summer Cli-Fi Thrillers

There’s more to a monster than its roar. Film buffs have found serious themes in movie terrors, from Invasion of the Body Snatchers, in which conformity spooked audiences primed by McCarthyism, to Dawn of the Dead, in which mall zombies came to eat consumerism. Godzilla is no exception: in the 1954 version of the story, the weight borne by the monster’s scary shoulders was atomic–the fallout from Japan’s horrific experience of nuclear weapons. This summer’s take on the story continues that tradition, but the misdeeds that rouse the beast from slumber now aren’t so much what humans do to one another but what they do to the earth–and how the planet might get revenge.

“My generation, we didn’t grow up with World War II or Vietnam or the JFK assassination. The images that are seared into our brains and are part of the nightmares are things like the tsunamis and Katrina,” says Godzilla director Gareth Edwards, who’s 38. “Sci-fi and fantasy have always reflected the fears of the time.”

And Godzilla (May 16) has backup. Following the radioactive dino-monster are Into the Storm (Aug. 8) and Snowpiercer (June 27, limited release). In the former, an American town deals with the devastation caused by supertornadoes not unlike those that recently hit Arkansas and Mississippi; in the latter, Captain America’s Chris Evans copes with societal strife in a new ice age. Some say films like these are helping define a new subgenre: “cli-fi,” or climate fiction. It’s a timely subject for the summer, given that the National Climate Assessment released May 6 found that the U.S. is already seeing the effects of climate change. Though the havoc in each film is wreaked in its own way, all of them use environmental destruction to raise the stakes.

In Godzilla, nature doesn’t just bite back, it stomps and smashes too. “Gareth definitely wanted this element that we as mankind should feel conscious of what we’re doing and almost guilty that we’re polluting the planet,” says Aaron Taylor-Johnson, who stars in the movie alongside Bryan Cranston. “Nature has a way of fighting back, represented by Godzilla.”

That’s not to say Godzilla wears a Greenpeace logo on his back. He’s still the antihero of a monster movie, not a documentary; it just happens to be a monster movie in which nuclear-waste storage security is central to the plot. Filmmakers and studios are aware that environmental themes come with their own politics–and risk scaring more than just the characters. A heavy-handed message could ward off some ticket buyers. (About one-quarter of Americans say there’s “no solid evidence” that climate change is real, according to a 2013 Pew survey.) Earlier this spring, the Darren Aronofsky epic Noah faced pre-release backlash from religious audiences who worried it would tamper with the biblical tale to press an environmental message. Noah overcame that obstacle to earn more than $300 million worldwide so far.

In Godzilla’s case, producer Thomas Tull says the filmmakers didn’t want to hit audiences over the head with a message. And though the source material isn’t exactly the Bible, they had to worry about the reaction from a different constituency: the Godzilla franchise’s legions of fans, who care deeply about how the monster is shown onscreen. Even some of the summer’s more obvious climate-related offerings are couched in subtlety: speaking about Into the Storm, producer Todd Garner, who conceived the movie based on research about real-life tornadoes, uses the same don’t-hit-them-over-the-head metaphor that Tull does.

Still, Edwards says that while making Godzilla he kept in mind that a monster movie is pointless if there isn’t a kernel of truth at its scream-inducing core.

Summer, the season known for frothy blockbusters rather than serious fare, may be just the right time to take advantage of that idea. When it comes to the Korean import Snowpiercer, Tom Quinn, a co-president of the film’s U.S. distributor, can reel off a whole list of themes he thinks come up in a movie set in a post-climate-change world, from social class to income inequality. Those aren’t exactly blockbuster buzzwords, but luckily for him and for those behind Godzilla and Into the Storm, adventure is.

“There’s a truth to this film that I think can extend beyond the tentpole movies of the summer,” he says. Snowpiercer could be “a Trojan horse for a younger audience that frankly might not want to talk about that stuff.”

These films are far from the first to give the idea of climate change its due in the fear department–the NYC-in-ice blockbuster The Day After Tomorrow came out 10 years ago this summer, and man-vs.-nature stories are as old as storytelling–but they arrive on the crest of a new wave of optimism about the power of fiction.

An activist named Dan Bloom is the idea’s biggest proponent. In fact, he’s credited by some with coining the phrase cli-fi. Bloom believes such stories can succeed in forcing audiences to confront environmental issues, much the way Nevil Shute’s 1957 novel On the Beach dramatized the horror of nuclear war. “There’s going to be a new Nevil Shute, and he or she is going to wake people up,” Bloom says. “Movies have more power than books now. It’s time for Hollywood to go to cli-fi.”

The term started to gain traction in the past year, showing up in news reports and classrooms, where courses like Stephanie LeMenager’s graduate seminar The Cultures of Climate Change, at the University of Oregon, explore what’s behind the intuition that stories can make a difference. There’s no shortage of nonfiction media on the topic–see the Showtime docuseries Years of Living Dangerously–but LeMenager says fiction has an advantage: hope. “Literature always imagines a world elsewhere, even when it’s imagining this one. It’s a stimulant to a sense of possibility that is very hard to maintain given the facts of climate change,” she says. “In the world of fiction, no future is inevitable.”

The hope in question is that the stories never stop being just that. The hope is that Godzilla, even as he may crush fake humans underfoot, can help real ones stay alive. Even a monster, says Godzilla’s Edwards, can make a difference.

“I think that films like Godzilla are like the fantasy punishment for what we’ve done. The real punishment will happen if we keep going this route,” he says. “Films like this help remind us not to get too complacent–and that we should really try and fix some of these things that we’ve done before it’s too late.” 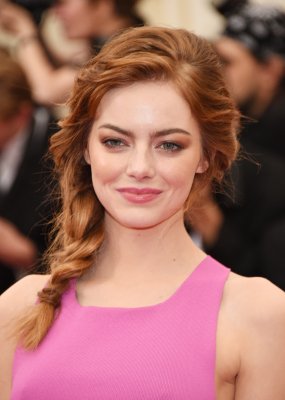