The Surprising Best Thing about Google Fiber Coming to Your Town

A Google Fiber technician gets supplies out of his truck to install Google Fiber in a residential home in Provo, Utah, January 2, 2014. Provo is one of three cities Google is currently building gigabit internet and television service for business and residential use.
George Frey&mdash;Reuters
By Brad Tuttle

Sure, Internet speeds are faster, and the base-level Google Fiber service is cheaper than typical Internet providers. But what might truly set Google Fiber apart from the pack is that the customer service doesn’t suck.

This week, Google announced that it is looking at expanding Google Fiber, its ultrafast broadband Internet service, to nine more U.S. cities. The service, which costs customers $70 per month for 1-gigabit Internet—estimated at 100 times faster than the average U.S. connection—or $0 per month (after a $300 installation fee), is already operational in Kansas City, and has been approved and is in progress in Austin, Texas, and Provo, Utah. Now Google is exploring the possibility of bringing Google Fiber to Atlanta, Charlotte, Nashville, Phoenix, Portland, Raleigh-Durham, San Antonio, Salt Lake City, and San Jose as well.

Most communities are greeting Google with open arms, and are actively lobbying for Google Fiber to one day be offered to residents—hardly a done deal—once the company’s feasibility studies are done. “We’re excited by the call and the invitation,” Salt Lake City Mayor Ralph Becker said, according to the Salt Lake Tribune. “The opportunity for our residents is enormous. Bringing fiber to every household changes the dynamic.”

Raleigh Mayor Nancy McFarlane described the possible entrance of Google Fiber into the community as “very exciting,” per the News & Observer, especially because the region has many residents “that work in those industries that would really benefit from having this kind of connection to their home.”

(MORE: Google Is Making a Major Play to Provide Your Internet)

The speed of the service and the entrance of a hot new competitor into the increasingly monopolistic world of cable-Internet providers is what gets most of the attention concerning the spread of Google Fiber. Amid all the excitement, one noteworthy upside to Google Fiber gets overlooked: In an industry known for treating customers fairly horribly, Google Fiber stands out because its customer service is actually good.

As USA Today noted recently when reporting on the potential merger of Comcast and Time Warner Cable, the two companies ranked dead last in the 2013 survey conducted by the American Customer Satisfaction Index. The two companies have also been perennial contenders for the dubious “Worst Company in America” crown, in an annual competition hosted by the consumer-advocacy site Consumerist.

While still in its infancy, Google Fiber has thus far managed to distance itself from the competition in terms of decent customer service—which, admittedly, shouldn’t be difficult since the bar has been set so low. Early Google Fiber sign-ons in Kansas City give the service almost universal high marks. “The customer service is outstanding. They’re very apologetic if there’s a problem. They do their best to take care of things,” a customer described as “typical” by the Kansas City Star explained. “It’s not something you’re used to with that kind of service.”

Customers weighing in on Google Fiber service in Kansas City at Yelp also pass along plenty of praise to both the service and the customer service. “The installer was professional and friendly and explained everything thoroughly. His business card offers up his cell number for follow-ups,” one reviewer wrote. “These guys have worked really hard at customer service and professionalism. If you can make the switch, I’d highly recommend it.”

(MORE: Here’s Why Your Netflix Is Slowing Down)

This doesn’t mean that Google Fiber is perfect. The average household has no real need for 1 gigabit-per-second uploads and downloads, so it’s arguable that customers going with the $70-per-month option are wasting their money. Some customers have complained that the TV service—available for $120 per month, including a gigabit connection—can sometimes be glitchy, and that Wi-Fi sometimes doesn’t reach everywhere in their homes. Others have complained that the Google Fiber boxes installed along city streets are ugly.

More often, though, complaints around the country concerning Google Fiber focus on a different subject: How come my city doesn’t offer the service yet? 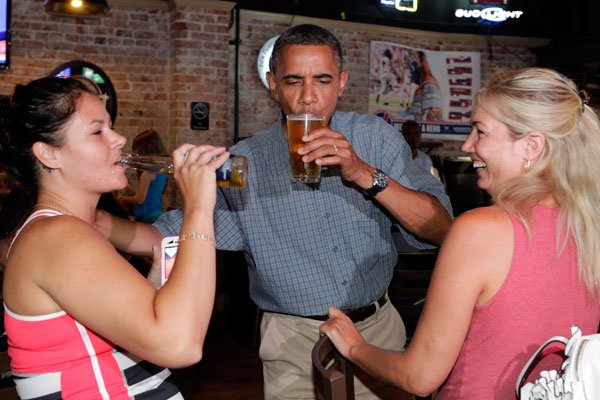