A prostitute waits for customers along a road of the Bois de Boulogne in Paris Aug. 28, 2013
Christian Hartmann / Reuters
By Charlotte McDonald-Gibson / Ghent, Belgium

Perched on high stools and tugging at tight uniforms of spandex, satin and lace, the women in the windows of Ghent’s red light district barely register the police patrolling outside. Bored eyes flicker up briefly before returning to the screens of mobile phones, the TV discreetly hidden in the corner, or the client trying to negotiate a knock-down price on the other side of the glass.

The Belgian police appear equally indifferent to the women sitting in the dim red glow of neon tubes, even if they are occasionally flouting a city rule specifying exactly how much skin can be on display from neck to navel. Of far more interest to the 40 officers fanning out across the area one windy Friday night are the license plates of cars crawling past the windows in the three streets that form the heart of Ghent’s regulated sex industry.

Nearby in France, buying sex usually means a hasty transaction on the street and the risk of a fine or public identification. So young men pack in their cars and drive 50km east for nights out that can turn rowdy. “There were complaints about criminality and disturbances in the neighborhood,” says Police Superintendent Johan Blom.

Ghent police now hold monthly operations to stop and search French cars. If they find drugs or weapons, the men pay a fine and police motorcycles escort them to the highway and point them towards the border. It’s a nuisance for the police, but for campaigners pushing for a more unified approach to prostitution across Europe, that border is nothing short of a battle line in the fight for a woman’s rights over her own body.

The politicians and feminists who consider prostitution a crime against women are hoping the European Union‘s 28 member states will follow the lead of France, Iceland, Norway and Sweden and criminalize the purchase of sex. A report recommending this approach is due before the European Parliament in the coming days.

On the other side of the debate are many social workers dealing directly with prostitutes, sex workers’ unions and at least seven European governments. They say any criminalization forces the trade underground, puts sex workers at greater risk and removes a woman’s right to choose a profession which some see as their route out of poverty. “It will exist somewhere in the dark, and then nobody is safe: not the client, and not the girl,” says Isabelle De Meyer, a social worker in Ghent.

In Belgium, the purchase and sale of sex is legal, but making a profit from prostitution is forbidden. Cities interpret the laws differently, and prostitutes in Ghent are officially hired as “servers” in “bars” – in reality a dimly-lit room with a bed behind the glass display window. The prostitutes must have a contract and social security number, meaning the city has a record of every woman working the sex industry, and social workers can make regular visits to check for abusive relationships or victims of human trafficking.

No one claims the system is perfect: police can only act if the women speak out about abuse or illegal pimps. But all the sex workers who agreed to speak to TIME said they felt safe in Ghent and opposed criminalization. “Once these kind of places exist, then everybody can relax and there is less violence than in the street,” says Gaby,a 25-year-old from Romania, who like other working women in Ghent’s red light district asked that TIME only use her first name to protect her identity.

For every woman like Gaby, however, there is the scared young Eastern European girl repeating “everything is fine, everything is fine” while keeping a wary eye out the window. It is the women who may have been coerced or trafficked into the sex industry who worry Mary Honeyball, a Member of the European Parliament representing Britain’s Labour Party.

Honeyball has drafted a report recommending E.U. member states adopt a system known as the Nordic Model, which is currently in place in Sweden, Norway and Iceland. The model criminalizes buying sex, but legalizes selling sex, in theory treating prostitutes as victims of a crime rather than perpetrators. “According to the information we have from Sweden it actually reduces demand for prostitution, and if you reduce demand the consequence is that you reduce human trafficking,” she says.

If the report passes, it would not be legally binding, but Honeyball hopes it would help steer the debate in member states. France’s Lower House adopted such laws in December, and politicians in Ireland and the United Kingdom have also raised it as a possible way forward.

To countries with more repressive laws on prostitution and large religious or socially conservative communities, it may be a politically palatable first step. But no European country which has introduced a regulated sex industry – including Germany, the Netherlands, Austria, Denmark, and Switzerland – is seriously considering rolling back to the criminalization of the client, although they are looking at ways to improve the laws.

One country that may amend legislation is Norway, held up as an exemplar of the Nordic Model. The new Conservative-led government is waiting for the results of an independent review in June before deciding whether to repeal the 2009 law banning the purchase of sex.

While the number of women selling sex on the streets initially decreased, social workers say they did not simply disappear. Some traveled abroad, while others started selling their services over the Internet. Bjørg Norli, director of Pro Sentret, which works with prostitutes in Oslo, says street prostitution is re-emerging, and under the current laws women feel more vulnerable than ever. Clients rush transactions to avoid detection, meaning women have little time to assess whether the client poses a danger. If they do have problems, they are unlikely to go to police out of fear they will then be monitored by law enforcement looking to catch buyers.

Behind Ghent’s windows, the heaters are on full blast as the women in their skimpy outfits negotiate via hand gestures with men bundled up against the cold outside. The going rate is €50 for 15 minutes, but a client may want more time, a lower price, or a special service. If a woman has misgivings, she just leaves the door locked and turns away. Zorha, a former civil servant from the Netherlands, says in a good night she will have sex with 25 men. It is not a life she particularly enjoys – she wants to open a restaurant – but when she found herself in debt a few years ago she decided it was her best option. She and other established Ghent sex workers worry about the new influx of younger women from Eastern Europe, who they say work long hours for cut-down rates.

The link between a regulated sex industry and human trafficking is unclear. While the first E.U. report on human trafficking released last year shows a high number of victims detected in the Netherlands, countries like Italy and Romania, where prostitution is illegal, also fared badly. Belgium, meanwhile, reported relatively low levels. Norway – not in the E.U. but included in the study – shows barely any change in the year before and after the law banning the purchase of sex. Similarly conflicting statistics exist in Sweden.

With a lack of reliable data, the debate often focuses on the moral rights and wrongs of sex as a commodity, with Honeyball’s report equating prostitution with “sexual slavery.” For many women working in the industry, being labeled mute victims of male aggression simply means their voices are excluded.

“[Politicians] don’t inform us when they are seeking to make our lives more difficult and dangerous,” says Catherine Stephens, a British activist with the International Union of Sex Workers. “There is nothing feminist about the criminalization of our clients and disregarding our consent.” 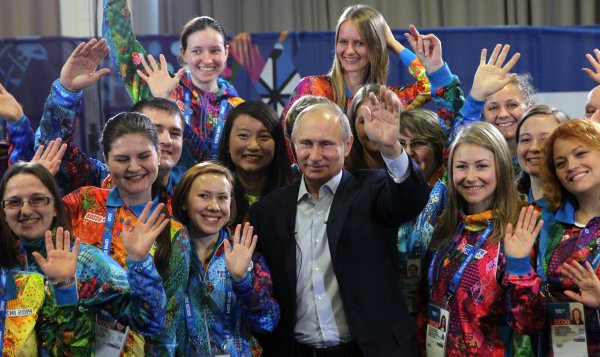