So warned a panel of witnesses at a congressional hearing Wednesday, as lawmakers looked to asses the potential biological weapons threat posed by a nuclear superpower defying the West in its clash with Ukraine.

“It is an existential risk to society,” Dr. Christopher Davis, a biomedical weapons expert and former member of the U.K.’s Defense Intelligence staff, said of infectious diseases and the “rapid emergence of multi-drug resistant forms.”

“Some of the most vexing security problems facing the United States and the international community originate with disease,” Dr. Amy E. Smithson, a senior fellow at the James Martin Center for Nonproliferation Studies, said in her opening statement. “Enter the prospect of a state or terrorist group deliberately releasing disease… and the problems for public health services multiply exponentially.”

House Foreign Affairs Chairman Ed Royce (R-Calif.) told TIME that “biological weapons are among the most frightening possibilities facing this country and the world.” The hearing was hosted by a Foreign Affairs subcommittee.

Davis called on Congress to persuade Russia to abandon its biological weapons—“lift the veil that hides the elephant in the room”—an effort that has largely been on the back-burner of American diplomacy since the George W. Bush Administration. Russia at one point had at least eight weaponized agents, including small pox, Davis told TIME.

Russia denies keeping a stockpile of biological weapons or engaging in illegal development of them, according to the nonprofit monitoring group Nuclear Threat Initiative, but President Vladimir Putin has also raised the prospect of creating experimental weapons in the future.

Milton Leitenberg, a senior research scholar at the University of Maryland, said he’s troubled by comments Putin made two years ago raising the prospect of new genetic weapons, which could alter pathogens to make them resistant to vaccines. That endeavor would be illegal under the Biological Weapons Convention—which bans the development, production and stockpiling of biological weapons—but not unprecedented. The former Soviet Union, which was a party to the BWC, repeatedly thumbed its nose at the organization. In 1992, Russian President Boris Yeltsin admitted that a deadly anthrax accident at Sverdlovsk in 1979 had been caused by ”our military development.”

Leitenberg said it’s almost impossible to evaluate the extent of the Russian biological weapons stockpile because three Russian laboratories remain closed to outside inspection. “We don’t know what they’re doing,” Leitenberg said. “They may or may not have an active offensive program—I presume they do. I do not believe that the U.S. government thinks they are producing and stockpiling agent any more, but we don’t know that.”

Many American politicians and biological weapons experts don’t believe it’s possible or necessary for the Biological Weapons Convention to enforce compliance. Some business interests, including those represented by the Pharmaceutical Manufacturers Association, oppose allowing inspectors on site, Smithson said, because they feel it would jeopardize trade secrets.

“The Biological Weapons Convention is an important element in the global effort to ban these weapons because it establishes an international consensus against their development and use,” Royce told TIME in an email. “Its major limitation is that is cannot be adequately verified. Even legitimate research on pathogens can be used to develop weapons.”

In 2011, then-Secretary of State Hillary Clinton said it’s “not possible” to create a verification system that would allow the international community to believe all countries are living up to the obligations under the Convention. Without a push by the Obama Administration or Congress, it’s unlikely there will be much movement to change the laws governing biological weapons.

But Smithson rejects the U.S. government’s argument that it’s impossible to enforce the BWC. She pointed to the efforts of the United Nations biological inspection team in Iraq after the first Gulf War, which compelled the country to acknowledge its biochemical weapons. “With ordinary inspection tools−observation, document tracking, interviews−and old-fashioned gum-shoe detective work, UNSCOM’s inspectors collected considerable evidence of bioweapons program, despite the façade of civilian activity,” Smithson said.

As Leitenberg put it during the hearing: “One can never know more by not having on-site inspection. You’re not going to learn more by not getting in the front door than you will if you go through the front door.” 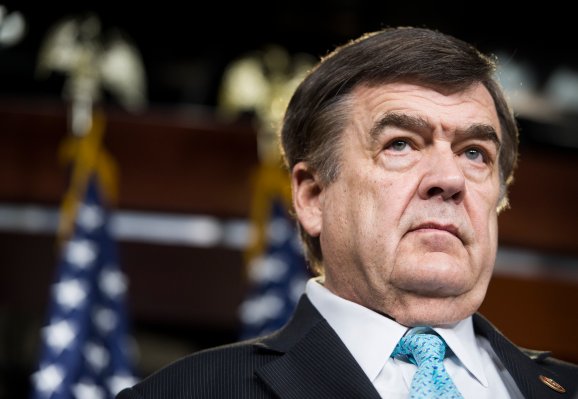