So CNN issued the results of a poll today about the missing Malaysia Airlines Flight 370. Should the search continue? Are the searchers looking in the right area? Oh, and could the plane’s vanishing have been caused by “space aliens, time travelers or beings from another dimension“? (At least “somewhat likely,” said 9%.)

Now there are a couple of ways you might react to this:

* Ha ha, some people think aliens might have made Flight 370 disappear! Stupid people!

But maybe the aliens are not the real problem here. (Or “beings from another dimension.” Which: what? Demons? Angels? The Observers from Fringe?) Maybe the problem is the whole poll, including the other, more plausible answers.

Because whether you’re talking UFOs or hijackers, you’re still asking for people’s opinions on a matter of objective fact. Flight 370 is at the bottom of the Indian Ocean or it is not. It was crashed intentionally or it was not. It doesn’t matter what your opinion is. It doesn’t matter what feels right to you. That fact may not be known, but unless we are dealing with some kind of Schrödinger’s Cat paradox here, the absolute fact exists, and it has nothing to do with what your gut tells you.

That’s not so much the case with the search for a missing plane. Maybe half the people surveyed believe the searchers are looking in the wrong place, and they may even be right, but it doesn’t matter. This is not a Guess How Many Jellybeans Are in the Jar contest. The authorities may not have found the plane, but presumably they at least have better sources of information than the gut feeling of somebody who answered a random poll, or else God help us all.

And God help us all, too, if we buy into what seems to be the implicit message of the poll: that your opinion always matters, by God, because it’s your opinion and this is a free country you have the right to have it taken seriously, even on matters of incontrovertible, physical fact.

There is one way, I guess, in which this polling might be relevant: if CNN is asking itself whether its heated, speculation-filled marathon coverage, which itself raised the possibility of black holes or supernatural mischief, had so poorly informed the public that a not-insignificant portion of them came to believe the theory.

In which case, well, at least someone is asking the right questions. 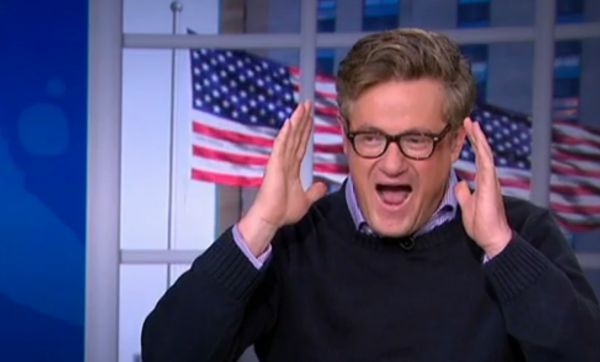 An Epic Defense of Monica Lewinsky
Next Up: Editor's Pick