Over 40 and Infertile? Go Straight To IVF, Study Says

For couples struggling to conceive, the suggestion that fewer cycles of in vitro fertilization (IVF) can lead to pregnancy is certainly welcome news. From the daily hormone injections to the invasive and expensive process of removing eggs to try to fertilize them, IVF brings not just hope but also stress—and many women go through several cycles before they become pregnant, not to mention give birth to a baby.

So the latest study, called the Forty and Over Treatment Trial (FORT-T), published in the journal Fertility and Sterility looks, on the surface of things, to offer a roadmap for infertile couples in their quest to have children. The scientists report on how older couples can optimize their chances of conceiving, while also saving money by avoiding a trial-and-error approach to a successful pregnancy. A closer look at the results could cast a shadow on what appear to be sunny findings, though.

MORE: The Best and Worst States for Infertility

Lead researcher Marlene Goldman, at the Geisel School of Medicine at Dartmouth-Hitchcock Medical Center, concluded that the series of treatments that doctors have followed for years may not give older women the best chances of getting pregnant. Traditionally, doctors start with the least invasive strategy, ovulation-stimulating pills, followed by artificial insemination, and if that doesn’t work, they move on to the more invasive injections of a hormone that activates egg development followed by artificial insemination. If neither of those therapies helps the woman conceive, she then becomes a candidate for IVF. Each treatment is generally tried for at least two menstrual cycles, so it may take some women up to six months before they try IVF.

Goldman and her team wanted to test some encouraging evidence that skipping the first rounds of treatments and moving directly to IVF might help some women, especially older ones. They randomly assigned 154 couples to one of the three treatments: ovulation-stimulating pills followed by artificial insemination; injections of a hormone that activates egg development followed by artificial insemination; or immediate IVF. Those in the first two groups eventually went on to IVF if they failed to get pregnant. Goldman and her colleagues found, however, that the couples who started with IVF were able to achieve pregnancy and a live birth with fewer tries than those who tried the other methods first.

But that doesn’t mean that all infertile couples should do the same.

Study: Up to 80% of COVID-19 Infections Are Asymptomatic

To start, the study involved a relatively small number of women who had very specific characteristics when it came to their reproductive potential. All had tried unsuccessfully for six months to get pregnant via intercourse, none had tried any infertility treatments, and they all had to have one functioning ovary, a fallopian tube, a certain level of ovarian reserve and no history of a tubal pregnancy.

MORE: How Healthy Are IVF Babies?

There’s also the possibility, says Dr. Tommaso Falcone, chairman of the Obstetrics, Gynecology and Women’s Health Institute at the Cleveland Clinic, that the comparison among the three groups of women isn’t quite fair. If women who start off with the pills or shots get pregnant using those strategies, then those who remain—the women who end up needing IVF—represent a more challenging group to treat. On the other hand, those who started out with IVF will include a mix of those who might more easily get pregnant as well as those who require more intensive treatment. So of course the group that went immediately to IVF would have a higher pregnancy and live birth rate. “These are different populations,” Falcone says.

Previous research done by Goldman shows that conception rates were similar (about 23%) in each group, however, which supports Goldman’s results, and strongly suggests that older women may benefit from moving directly to IVF and skipping the traditional first line infertility therapies.

Goldman admits that understanding fertility data remains a challenge, especially considering the fact that the success rates of fertility clinics are self-reported and since certification by the Centers for Disease Control is voluntary. For the clinics that do report, there’s an obvious incentive to keep their success rates (defined as number of live births per IVF cycle) high. Some turn away older couples or those who have already tried unsuccessfully to get pregnant using reproductive technologies. And in states where infertility treatments are not covered by insurance, the numbers may look worse, as couples who try all other, less expensive means first to get pregnant, only turn to IVF when they have saved enough to pay for it. “There is definitely a selection bias, and definitely access issues,” says Goldman. “So just looking at the stats aren’t helpful unless you understand the patient population for that clinic.”

That puts the burden of figuring out what the numbers mean on couples, who are already juggling difficult emotional, financial and physical challenges that comes with trying to get pregnant. For older women, Goldman’s study may provide some hope—as long as they fit the rather strict criteria of the couples included in the study. As crass as it may seem, fertility services are a product being sold to couples, and as with every purchase, experts warn that the principle of caveat emptor should apply. 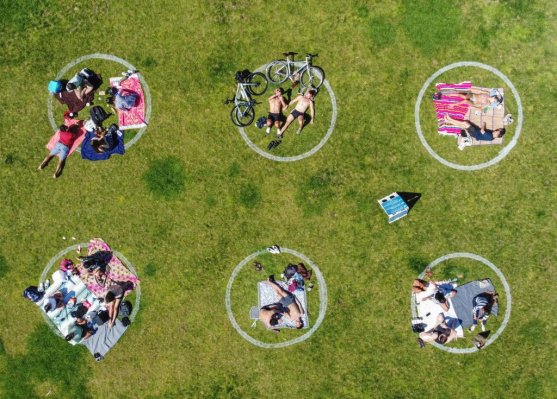 Study: Up to 80% of COVID-19 Infections Are Asymptomatic
EDIT POST