The massive National Climate Assessment (NCA) that came out yesterday was full of sobering lessons about the way that human-caused global warming is changing life around us. That includes human health: the report found that rising temperatures could exacerbate air pollution and allergies, including asthma, while worsening wildfires and killer heat waves. More extreme weather—including frequent heavy downpours—can raise the risk of food and waterborne illness, and allow disease-carrying pests like deer ticks and mosquitoes to expand their range.

Now a new study published today in the journal Nature offers the most direct evidence yet of a significant health threat associated with climate change: less-nutritious crops. Researchers led by Dr. Samuel Myers at the Harvard University School of Public Health looked at how rising levels of the greenhouse gas carbon dioxide will impact staple foods like wheat, maize and soy. They found that as CO2 increases, the levels of vital minerals like zinc and iron will decline. Some 2 billion people around the world already suffer from zinc and iron deficiencies—resulting in a loss of 63 million life years annually. Elevated levels of CO2 will make that malnutrition even worse. “These crops are an important source of dietary zinc and iron for people who are near the nutritional threshold,” says Myers. “From a human health standpoint this could be very important.”

Researchers grew crops at different test sites—some sites had CO2 levels close to the levels we see today while others had levels we’re likely to reach by mid-century if the world keeps burning fossil fuels at an unsustainable rate. Earlier studies have found that elevated levels of CO2 could depress nutrient levels, but they were carried out in greenhouses or closed chambers, which might have skewed results. The experiments Myers and his colleagues drew on used free air carbon dioxide enrichment (FACE) technology, which allowed the crops—dozens of different types of grains, rice, soybeans and field peas—to be grown with variable levels of CO2 in open fields, as they would in the real world. “These FACE experiments are the gold standard,” says Myers.

Elevated CO2 levels affected different crops in different ways. Zinc, iron and protein concentrations in wheat grown at high CO2 sites fell by 9.3%, 5.1% and 6.3%. Field peas and soybeans also lost zinc and iron as CO2 rose. Maize and sorghum plants, however, showed less sensitivity to changing levels of CO2. And even within a crop like rice, different cultivars or genotypes were more or less resistant to the effects of CO2. Nor is it exactly clear why rising concentrations of CO2—which on the whole help fuel plant growth—might result in lower concentrations of important nutrients, though it’s possible the increased CO2 might be washing out some of those elements.

What do know is that the malnutrition would worsen if the staple crops that the world’s poorest people depend on become less nutritious as CO2 levels rise. One way to adapt to that threat, of course, would be to slow the increase of CO2 emissions, which would also have the useful side effect of slowing disastrous climate change. Farmers can also try to grow varieties of staple crops that have shown more resistance to high CO2 levels, while scientists can begin the work of breeding crops that are more resilient to carbon. Microsupplements of essential nutrients like zinc, which bolsters the immune system, could fill the gap as well. But there’s no getting around the fact that we already struggles to properly feed the 7 billion plus people who live on the planet. Higher CO2 levels and warmer temperatures will just make that task tougher.

For the first time in at least 800,000 years—if not far longer—average carbon concentrations in April stayed above 400 ppm for the entire month. Barring some way of cheaply removing CO2 from the atmosphere, those levels will only go up for the foreseeable future. “We are radically changing the entire global environment,” warns Myers. “We are moving into a set of environmental conditions we haven’t adapted to, and there will be impacts that affect our well being that will be hard to anticipate.” We are entering a new world, even if it is one of our own making. Expect a bumpy ride ahead. 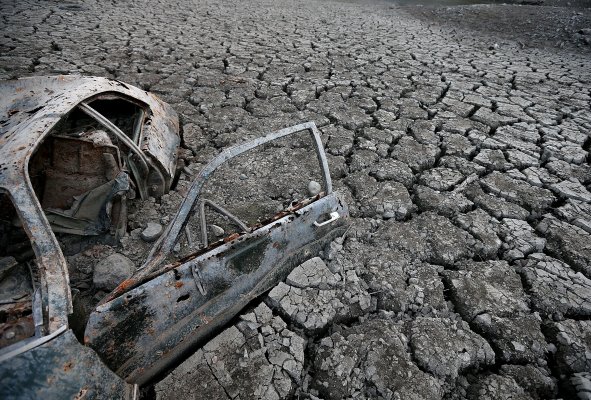 A Study In Extremes
Next Up: Editor's Pick