The midterm elections are coming in much the way of crocuses—provided crocuses bought billions of dollars worth of ads to announce their approach, spent most of that money saying mean things about other crocuses and were gerrymandered into safe gardens anyway, so really what’s the point? But never mind, they’re coming all the same.

If elections are constitutionally mandated, the nature of campaigns speeches isn’t. Politicians can say any loony-tune thing they want, but most stick to the safe and anodyne because, well, it’s safe and anodyne. All the same, the time has come to retire a few words and phrases that have decidedly overstayed their welcome—and by “retire,” I mean “take them ‘round the back of the barn, shoot them in the head and leave their remains for the buzzards to eat.”

Here are the top five pieces of political prose in this marked-for-extinction list:

The kitchen table: This is a place that exists only in the politicians’ imaginings—a place where couples sit down with fretful expressions and stacks of bills and wonder, depending on the party, when the government is “going to give the middle class a break” or, in the alternative, “get out of the way of the job creators.” First of all, the kitchen table is for pancakes. Period. Second, to the extent that real conversations take place there, they’re far likelier to involve who finished the milk without thinking to mention it, whether we can get through just one breakfast without someone spilling something, and exactly how many times do you have to be told to stop teasing your sister do you want to leave the table I mean it this time mister!

Not a whole lot of room for Benghazi or the Keystone Pipeline there.

The softball self-interview: This one takes a lot of forms, but it typically comes up when a candidate has been caught in an extramarital affair, a fundraising scandal or is dealing with a disastrous policy flop. Faced with hostile reporters who may ask, you know, questions, the helpful politician spares them the trouble. “Has the new law been 100% effective?” the candidate asks. “No,” the candidate answers. “Would we have liked it to work better? You bet.” Close kin to these constructions are “have I been a perfect husband?,” “did I monitor every action by every member of my staff?,” and “do we have a record of how every dollar of a $30 million campaign was spent?”

That’s quite a grilling you’re getting there, politician who talks to himself! The only consolation: district attorneys and special prosecutors generally like their inevitable interviews to be a bit more two-way.

The American people want: Variations on this one include the American people expect or believe or agree—all intended to suggest that the politician is giving voice to a great national consensus. Look, the American people can’t agree on the designated hitter rule, paper or plastic, or the suitability of ketchup on a hot dog (Fine, the ketchup thing is settled: it’s a criminal act). Most days, America gets out of bed in the morning and starts an argument with itself just to get its blood going. We’ve got two political parties, 50 states, 435 Congressional districts and 3,143 counties for a reason—and it ain’t because we all agree on stuff.

This election is a choice: Um, yes. That’s why they call it an election. OK, not every campaigning politician can say that and mean it (we’re looking at you, Vladimir), but a “choice” is pretty much how the whole ballot thing works. You know the last time a waiter put a menu in front of me and said, “here you have a selection of foods,” or a sales clerk instructed, “please choose from among these shoes”? Never. I kind of understand that going in. Ditto elections.

The first person plural: Listen, Mr. or Ms. Politician, you’re one person, got it? This whole “we got into this race to win” or “we’re asking the tough questions” has got to stop. I know, I know, it creates a bandwagon feeling and provides you a little faux humility, since “we won because we had the best ideas” sounds so much better than “I won because I had the best ideas.” But it’s got a bit of a Sybil quality to it and it kind of creeps voters out. Even if you don’t agree, can you promise that when the election is over you will—either collectively or individually—go away for another two years? 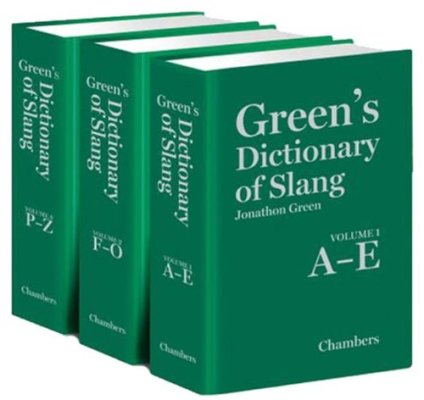 Meet the Man Who Knows 1,700 Words For Sex
Next Up: Editor's Pick